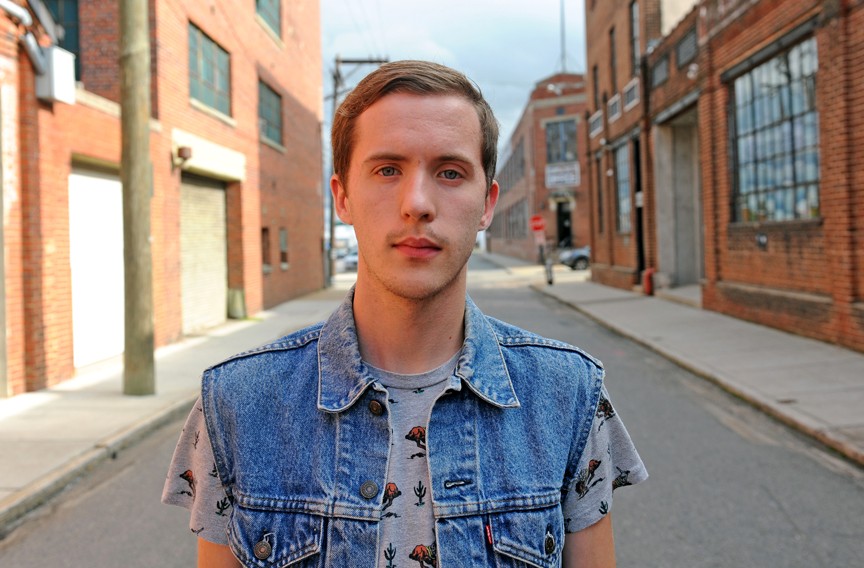 When singer Elliott Yamin made his triumphant return to Richmond as a top-three contestant on “American Idol,” he was asked to throw out the first pitch at a Braves game. Back then, a 10-year-old named Evan McKeel wanted to say hello.

“I was really into him and I got to meet him,” says McKeel, now 20 and a contestant on NBC’s singing competition “The Voice.” “I connected with him. That really put the bug in my head that I could do this.”

McKeel is facing the battle rounds tonight on the “The Voice” (Mondays and Tuesdays at 8 p.m.). Of course, he already finished taping in Studio City in Los Angeles and can’t say what happened. But it’s been a wild ride for the singer with the gritty, blue-eyed soul vocals -- a ride that started several years ago when producers saw him in a YouTube clip and invited him to audition.

McKeel was going to audition for the seventh season, and then his older sister got engaged and he decided to wait to not deflect from her big date. Next, he was supposed to be on the following season and he went through the whole process to the blind audition. But a couple of show dates were changed and his final audition fell on his twin sister’s wedding day.

“That was a tough cross-road decision,” he recalls. “My sister said: 'Go, go do it, I’m not going to ask you to give up that opportunity.' But I decided to stay for the wedding, of course. It’s my twin sister and it only happens once.”

So when he got another chance to be on the show this season, he was thrilled.

“When I found out I was getting to go back I was immensely relieved that I hadn’t skipped out on it twice for nothing,” he says.

McKeel, who sings and primarily plays guitar and piano, grew up singing in church at the West End Assembly of God on Parham Road. He credits his confident and assured performances on television to his many diverse arts experiences at the church.

McKeel says he learned not just how to be in a spotlight comfortably but also humbly. “You learn that you’re not doing it just for you,” he says.

At about age 15, he wanted to pursue music more seriously so he started playing farmers' markets in Goochland and Hanover counties as well as Café Caturra and other nice sandwich shops across the area. “I would grab an issue of Style Weekly and see where other musicians were playing,” he says.

In terms of musical influences, he grew up on so many different kinds of music that he doesn’t like to classify his own style. Some of his favorite singers include: Michael McDonald, Prince, Stevie Wonder, Beck, Carole King, D’Angelo and M. Ward.

He was in a band when the show started, but has since stopped playing with it to focus on his solo career. “I’m just now tapping into recording completely on my own,” he adds, noting that he started recording his own album in January. “We’re hoping to get it done as soon as I have time to start working again on it,” he says. “It’s about half-way done.”

Separate from that album, he also has a soul project he’s working on. Always interested in collaboration, he says he started writing with fellow “Voice” contestant Darius Scott, with the two of them sending each other stuff. “We would like to record some together,” he says. “And I’ve been writing with a couple other contestants.”

McKeel says it’s the friendships he’s formed on the show that have been the most rewarding part of the experience. “Jordan Smith and I roomed together and became really good friends,” McKeel says. “You make so many special relationships ... and you know these are going to be lifelong friendships.”

He says he changed his mind so many times about who to choose as a mentor after his first audition. At first, he was sure he’d pick Adam Levine and he was leaning more in that pop-rock realm. But he had a realization in the last year or two that the music he really loved was at least part soul. Then he decided to go Team Blake (Shelton) because he wanted to try out-of-the-box things and he thought he would be given leeway as a performer. A few days before he stepped onstage, he was thinking Gwen Stefani.

“There can be some strategy to it, I was thinking most singers similar to me are going to Adam, I want to be the oddball or interesting choice on the team,” he says. “But of all of them, Pharrell [Williams] is probably [the judge] whose music I know the most. When I stepped up there, I decided to pick whatever coach is going to give me a chance to show different sides. Then Pharrell asked me to sing a different song [Stevie Wonder] to hear a different side. That was what pushed me to him."

In terms of how much direction the show gives, he takes a politically safe route: “The show is very good at letting you show your artistry and be true to yourself.”