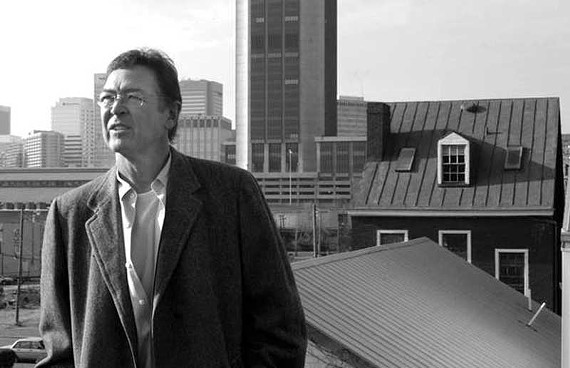 This Saturday at 2 p.m., WCVE 88.9 FM will air a tribute to the late local singer and songwriter Robbin Thompson, who died from cancer Oct. 10.

The program was originally recorded last year during an "In Your Ear" show from January 2014.

"This one has run before but I redid the whole set-up as a tribute, rather than all our normal sponsorships," says Tim Timberlake with Jam Inc. "The material is from an acoustic show the band recorded. The first set is Robbin's 'Real Fine Day' album, that's Robbin's last album and the [title] song was written while he was dealing with one of the setbacks due to cancer. Very special song for that reason."

Timberlake says the segment also features Thompson talking about how the song was written.

"I hope it's a fitting way to remember him and to hear the band in a way most people haven't," he adds.

Also in the works, Timberlake says, is a big memorial concert featuring some special musicians but no date has been announced yet. And no word on whether former Thompson bandmate Bruce Springsteen will be involved, although the Boss did feature a tribute to the Richmond singer on his official website.

You can live-stream the Saturday radio show here.