David Brookings and the Average Lookings

From tour guide to iTunes guru, a former Richmonder scores big time with his music career. 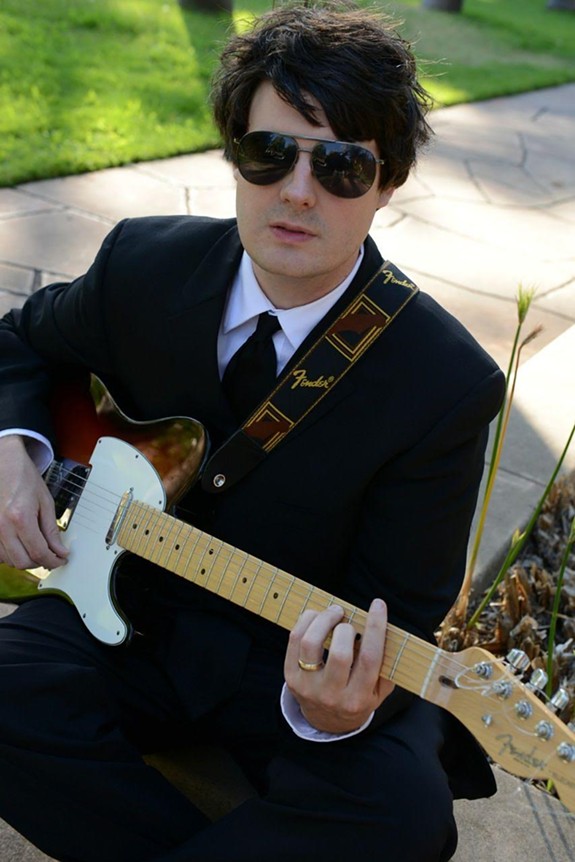 The guy who picked up a guitar at nine years old hasn’t stopped since, cranking out six solo albums most recently “The Maze’ and is currently working on another slated for 2016.

When speaking with Brookings, his passion for music and its makers is evident. It’s no wonder he ended up landing a job at one of the most influential companies in the world. Steve Jobs hand picked him to build Apple's library of early blues and rock recordings for iTunes after meeting him just once at a Sun Studio tour where Brookings was a guide. We told you, this guy’s story is both bananas and inspiring.

Back in the '90s, Brookings was a regular on the Richmond scene playing gigs at places like Alley Katz, Twisters and Boulevard Deli. In 2001, he followed his heart to Memphis and landed a job as a tour guide at the legendary Sun Studio (where he also recorded three of his own albums). Daily, he walked the halls of rock n’ rolls’ birthplace and stood where Elvis, Jerry Lee Lewis, and Johnny Cash recorded. He was no stranger to escorting big stars like Tom Petty and Bill Murray around, but one special guest was a game-changer.

“We got a call one day asking if we would do a tour for a high-profile guy, but they wouldn’t say who it was,” says Brookings. That guest ended up being Apple exec, Steve Jobs. “I gave him the tour after hours and didn’t recognize him. I knew who he was, but I wasn’t a tech guy so not by what he looked like,” he says. Brookings gave him one of his cds, saying it was a Beatles and Bob Dylan kind of sound.

“I realized later those were two of Steve Jobs favorite artists,” he says. It turns out Jobs was in Memphis for a liver transplant in 2009. Five weeks later, Brookings got an email asking later asking if he would be interested in working for iTunes. “It just said iTunes; it looked like spam. I almost deleted it,” says Brookings. Shortly thereafter, the family picked up and moved to San Jose in 2009 and so began Brookings’ career at Apple, where he works today. “It’s funny because the area code here is 408, so it all comes full circle,” he says laughing.

Brookings and family haven’t been back to the River City since his ten-year old daughter was three years old, so a homecoming is beyond overdue. He’s making time to corral old friends and play one whopper of a show out at Hardywood. For one night only, Brookings’ California band the Average Lookings will be comprised of hometown friends who have been practicing the material in advance of the gig. Sharing the stage with the Freeman grad are Goldrush and Travis Elliot among others. “People probably have no idea what I’ve been doing for the past fifteen years,” says Brookings. “This is it,” he adds. In this case, “it” is a pretty big deal.