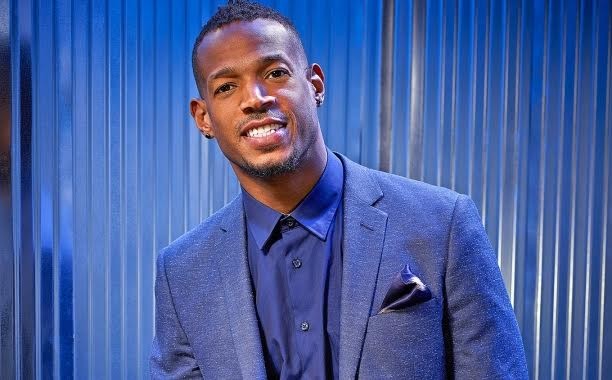 Marlon Wayans began his stand-up career as preparation for playing comedian Richard Pryor in a film several years ago.

That role has since gone to someone else, but the 43-year-old actor and writer is still performing after discovering the fringe benefits of being a professional “joke teller.”

The host of NBC's “I Can Do That,” and the star and creative force behind the movies “Haunted House,” “Scary Movie,” TV's “The Wayans Bros,” as well as the forthcoming “Fifty Shades of Black,” Wayans spoke to Style about his critics, why he’s still on the road and how to make it in Hollywood if you’re young, gifted and black.

Style Weekly: Why do you still do stand up?

I never want to quit stand up because it just helps me. It's everything that you need to become a film actor, to become a writer and producer, you're dealing with your live audience and …. you need to know what's funny, what's not funny, when you've gone too far. It takes away the desperation of having to perform on the big screen or tv show, because I'm always working. That live audience, energy and rush is everything. Adrenaline is the greatest drug ever.

You mentioned the big screen. You recently completed filming "50 Shades of Black" ..

'50 Shades of Black' is basically, what if Christian Grey was black, he was rich, but how he got his money is shady and he's a really bad lover. It's a comedic take on '50 Shades of Grey.' It's really funny. It has a really great cast. (Jane Seymour, Kali Hawk, Affion Crockett, Mike Epps) It should be in theaters Jan. 29.

You're the host of the highly-rated reality show, “I Can Do That.” What drew you to unscripted television?

It's an extension of what I do, all having to do with comedy and fun. I just enjoy audiences, I enjoy being in people's living rooms and I enjoy just having fun.

You said in an interview once that you would like to do the kind of movie that all of your critics would enjoy. Is that project on your radar?

[Laughs] Probably not. You know, with every movie, you hope everybody enjoys it, even the critics. I haven't been too lucky with critic love. Their job is to critique and some people are going to get my movies and some people aren't. If you take critiquing the right way, it makes you better.

Matt Damon recently made some comments on diversity in Hollywood films, on both sides of the camera. He appeared to suggest the diversity behind the camera is not important and he’s caught some heat for his comments. As a filmmaker, what's your take on it.

Every man, every individual has a right to speak his mind, we do live in America. For that actual situation, it was edited, I don't know what the context was. But you have to have diversity behind the lens. I believe he's entitled to his opinion, and I'm entitled to prove his opinion wrong.

Can there be more diversity in films? Absolutely. I think that it has to start with black writers, black directors, it has to start with more black producers ... but for me as a black producer writer, actor, what I try to do is, I just try to make movies. Because if you go “black” movie, they try to give you “black” budget, “black” box office numbers … that's not the way I like to make movies. I make movies that are diverse. “Scary Movie,” was written, produced and directed by three black people, me, Shawn and Keenan … and it had a white girl as the lead, a whole cast of multicultural diverse people, it was one of the biggest comedies, not “black” comedies of all time.

Our approach to filmmaking is one that is colorless. When it comes to jokes .. when it comes to who's laughing, the art is to make everybody laugh. If I do a joke and only the white people in the room laugh and the black people aren't, then I've failed as a comedian. If I make only the black people laugh, and the white people don't enjoy it, I've still failed as a comedian. My objective is to make every last person in that room or in that theater laugh at the joke that I'm telling. I am a joke teller and I am a producer and I am fortunate enough to be a supplier in terms of Hollywood.

I encourage all young African-Americans who want be actors, - my only thing- you should be writer, you should be a producer, you should be a director as well, to really learn from every angle. Not to sit around and wait for work. Because that's what a lot black actors do. Wait for work. And a lot of times those roles that come along aren't the great roles. Create your own role. Create your own lane. And take your destiny in your own hand and then you'll be casting people, instead of waiting around to be cast.