Duo joined by friends, including a member of Gwar, for album release party tonight. 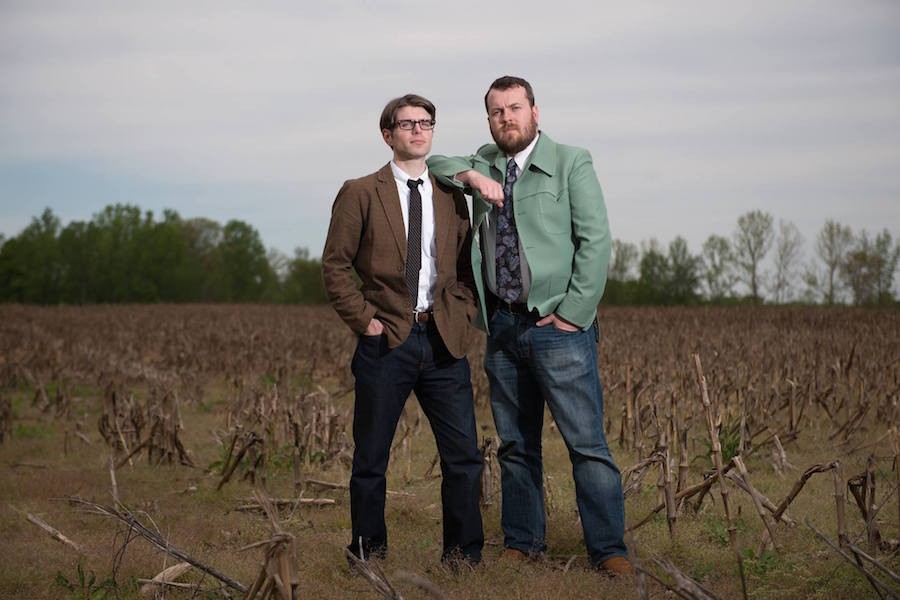 Then again, neither is actual flashlight tag, a kid’s game that involves either outrunning an instantaneous beam or trying to convince another player that they have been, however briefly and insubstantially, illuminated.

It is an apt name for a quirky Americana duo that plays hide and seek in a playground of venerable popular songs.

On it's new album, "Americana Electronica," warhorses like “Bill Bailey,” “In the Good Old Summertime,” “Home on the Range” and “Oh Susanna” are taken out for a brisk spin. The words are old but the vernacular is new, speeded up with “Little Brown Jug” or slowed down in the Tom Waits-ish “Take Me Out to the Ball Game.” Some new songs, notably about Revolutionary figures “Betsy Ross,” “Benedict Arnold” and “Paul Revere,” fit the mood, as do a number of brief historical “spoken word” pieces.

The CD has a big sound for a two-payer group. The principals, Brian Phelps (Classic Monkey Shine, That Monster) and Justin Laughter (Silly Bus, junction) are joined by an eclectic cross section of Richmond players including Daniel Clarke (k.d. lang, Ryan Adams) and Terry Clark (Carbon Leaf). For the release party at Ashland Coffe and Tea they will be joined by Craig Evans and Brad Tucker (both of The Taters), Sarah White (Sarah White & The Pearls) and Michael Bishop (GWAR, Kepone).