Southern States silos to get murals in spring 2016. 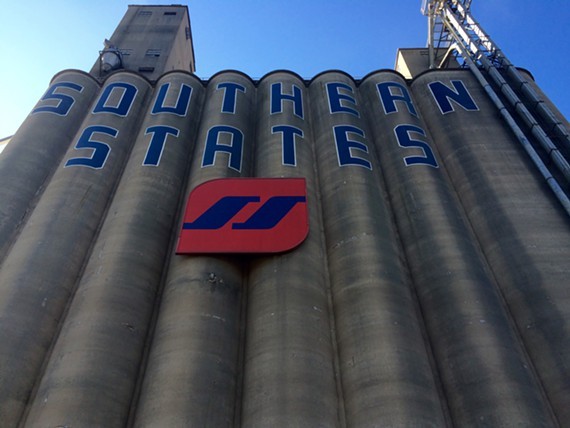 The RVA Street Art Festival sent out a news release today that the festival originally planned for September at the Southern States silos in Manchester has been moved to spring 2016 due to "logistical challenges."

Dates for the new festival will be announced this fall.

“The Southern States silos are so iconic to Richmond, and there is a lot of energy in Manchester right now. Our goal is for this festival to build on the enormous success of the previous ones - and to create an amazing and unforgettable experience for the City. To make this happen, however, we recognized that we needed more time and resources to bring it all together,” said festival co-founder Jon Baliles in the release.

Co-founder Ed Trask added, "We know the community will love what we are putting together. We've spent months estimating ideas and costs associated with our creative and production teams, and we need more time to get it right. The first two festivals had their own vibe and unique spaces, but this event is so big we're literally trying to take it to another level.”

Reached for comment by Style, co-founder and city council member Jon Baliles says that the big bike race had nothing to do with the postponement, that they had even considered a transportation theme similar to last year's exhibit. He adds that huge nature of the structure opened up a much larger amount of possibilities for art than expected.

Baliles says that one artist who recently completed a similar project is muralist Hense (Georgia native Alex Brewer), a friend of Trask's who was involved in the first two street art festivals. HENSE painted huge grain silos in Australia that you can see here.

"Our biggest thing is do we paint such an iconic part of Rchmond, or what do we do with them?" Baliles said, indicating that there also might be a national sponsor involved in addition to local sponsors such as Altria and MeadWestvaco, who he described as "amazing partners" in the past.

From the beginning, Baliles says the three goals of the RVA Street Art Fest have been to support arts education for kids, support local artists and find up-and-comers, and to revitalize areas that need it.