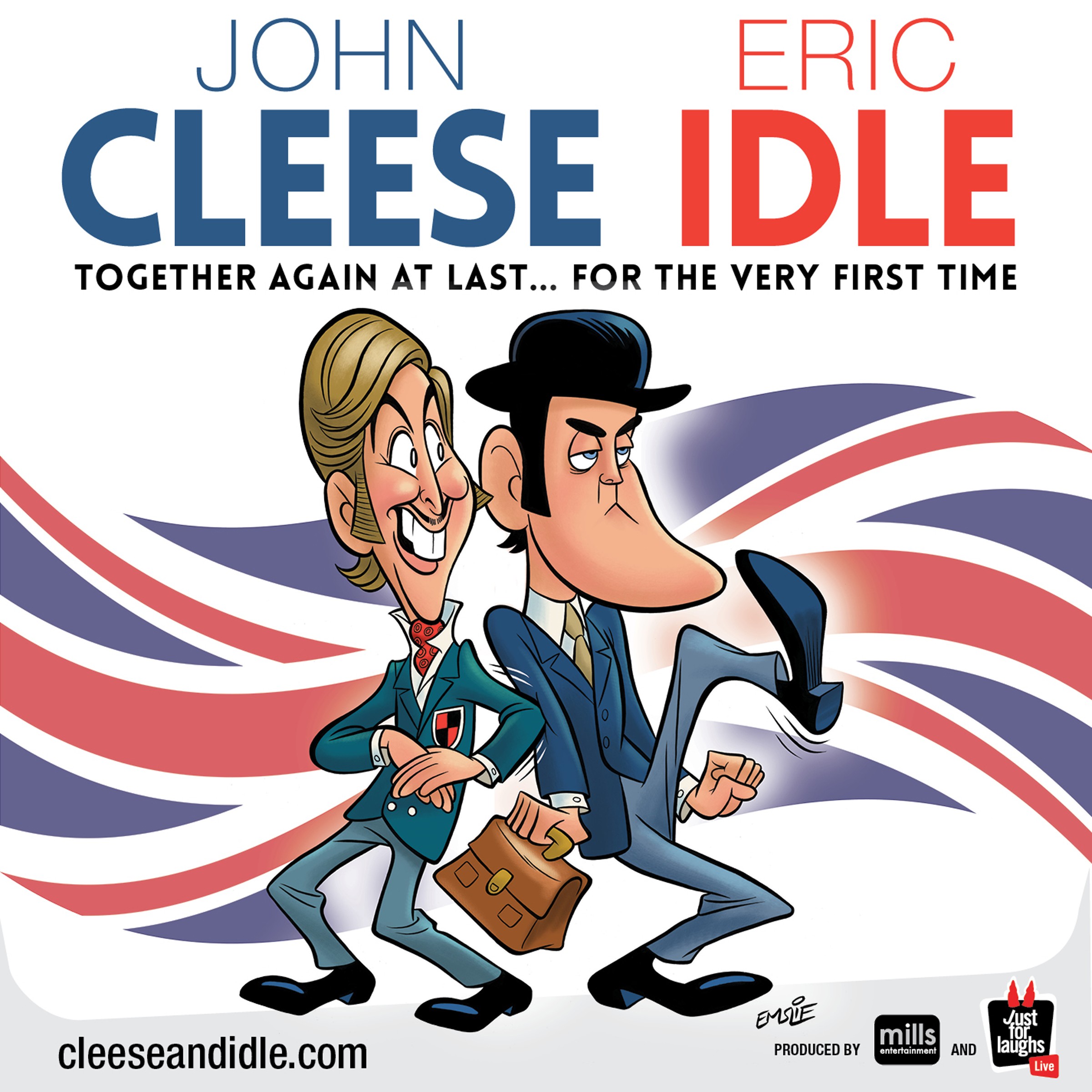 Two of the world's most beloved comedians, Monty Python veterans John Cleese and Eric Idle, are bringing their "Together Again At Last ... For The Very First Time" tour to the Carpenter Theatre on Oct. 25. Tickets start at $59.50 and go on sale this Friday, July 10 at 10 a.m at the CenterStage website.

In "Together Again At Last…For The Very First Time," Cleese and Idle will blend scripted and improvised bits with storytelling, musical numbers, exclusive footage, aquatic juggling and an extended audience Q&A to craft a unique comedic experience with every performance. No two shows will be quite the same, thus ensuring that every audience feels like they’re seeing "Together Again At Last… For The Very First Time," for the very first time. And now you know why the show is called that, don’t you?

As founding members of Monty Python, Cleese and Idle are unarguably among the godfathers of modern comedy, helping to pioneer an irreverent, absurdist sensibility that is emulated by comics around the world. As individuals, they have written, performed and produced some of the most beloved and critically-acclaimed shows of all-time like Spamalot, A Fish Called Wanda, Fawlty Towers and The Rutles.

*Yes, most of the shows are in Florida. Yes, this is a deliberate ploy by John & Eric to score a free vacation. Yes, they’re perfectly okay with you knowing that. England is very dreary come October.

UPDATE: A second, matinee show has been added for John Cleese and Eric Idle at the Carpenter Theatre at 2 p.m. on Sunday, Oct. 25.

Here's Cleese on the whole soccer versus football thing.