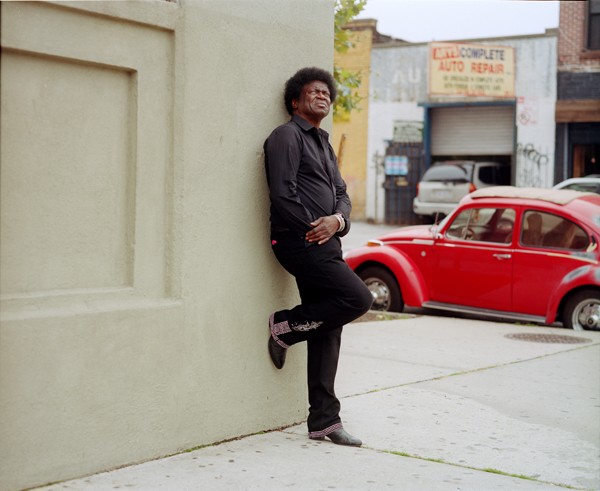 Well, this is good news.

One of the great near misses of past Friday Cheers shows occurred in 2013 when Daptone recording artist Charles Bradley -- a soul singer and performer not to be missed -- showed up at Brown's Island and was met by a torrential downpour. He was game though and played a short set as about 100 people cowered to the side of the stage, blasted by the rain.

Looks like Bradley will be returning with his band to Richmond on Friday, Oct. 2 as past of the RVA Field of Dreams Fest which is being held at the Diamond. The event also features former local band since gone to Colorado - the Congress - as well as the Neil Tibert Band and more groups to be announced.

If you haven't heard him before, here is Bradley singing the Black Sabbath tune "Changes" backed by the Budos Band and making it deeply soulful.

Proceeds go towards the betterment of Richmond's inner-city youth baseball facilities and the advancement of STEM learning opportunities in the community. Per the website: "Tickets range from $25-$100 depending on the level of amenities included with your ticket purchase." You can follow updates here.

Another summer show announced recently: Seattle drone doom group Earth will be playing with Brooklyn's Holy Suns at Strange Matter on Aug. 30. Expect tickets to move on that one. A little trivia: Earth, which takes its name from the original moniker for Black Sabbath, is fronted by Dylan Carlson, who some may recognize as Kurt Cobain's former roommate, who (sadly) lent his friend the shotgun that would claim his life.

Here's video of the band performing in the lovely German city of Stuttgart (I visited there once to watch a friend's band record an album and remember they had cool rock shows on abandoned old train cars). Nice place.