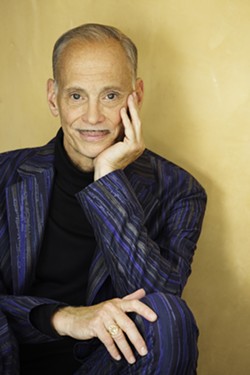 You may have noticed that the Byrd Theatre was closed last week. That's because its DP100 digital projector was on its last legs and it had to switch over to the old 35 mm projector while waiting on a print of "Cinderella."

Now, sooner than expected, the Byrd Foundation will need to spend between $40,000 and $75,000 to secure a new digital projector.

"We do not want anyone to think we weren’t planning for this, or ill-equipped to handle it," says Grant Mizell, vice president and marketing co-chair of the foundation. "We have put in a lot of development work and fundraising effort over the last several years to strategically and proactively restore the theater. The projector’s untimely loss is coming out of order, but we are excited we can purchase new equipment immediately without any impact to theatre operations."

These expenses, included in the Journey to the Seats, are funded by donations -- and the foundation has hired a development group, the Monument Group, to help. Mizell says that a new projector, once they find one, should last between 8 to 12 years and the picture will be much brighter and clearer than current standards at the Byrd.

Mizell also mentioned a couple exciting events coming up at the Byrd: Because of Chop Suey Books, legendary trash film director John Waters is slated to appear at the Byrd in the fall, and also the foundation is planning a bike film festival to coincide with the Richmond 2015 UCI Road World Championship in September.

"It's going to be an active summer," Mizell says.