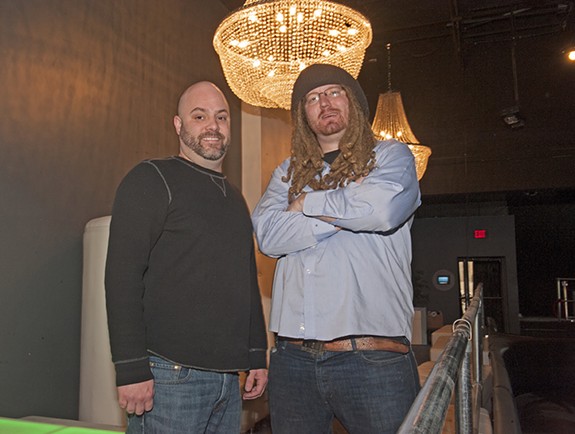 A little more than a year after opening, Rand Burgess is selling his share in the Broadberry music venue to co-founders Matt McDonald of Joe's Inn and Lucas Fritz.

Burgess, who will continue to run his other venue, the smaller-sized Camel, declined to elaborate on his reasons, other than saying the time was right to sell his share. The 350-seat Broadberry usually books between three to five concerts a week.

"It was an opportunity that neither of us could turn down," says Fritz, who adds that things won't change much at the venue considering that he'll remain in the day-to-day general manager role. "It will, more or less, be business as usual going forward."

The Broadberry has had a strong first year, highlighted by memorable concerts by artists such as Natalie Prass, the Swans and High on Fire, with some shows booked by outside promoter Mark Osborne of Strange Matter. Fritz says he'll continue to occasionally work with local promoters.

"We've had a great 13 months and exceeded our expectations," McDonald says. "Rand helped out because he had the experience in running the Camel, but [Lucas] was the manager."

"I've learned a lot this first year, everything from how to fix a toilet to managing people," Fritz says, noting this was his first time running a venue.

Fritz, who also books shows at the Camel, says that the Broadberry hopes to expand its catering jobs outside of the venue. "We did a lot of infrastructure investment in our first year," he says. "We have this great kitchen here that is underutilized, so we're hoping to maximize our assets."

Editor's note: Comments have been disabled because most of the thread violated the website's Terms of Use, which can be found here. Readers who wish to submit letters to the editor or contact the writer about this story can email: letters@styleweekly.com.