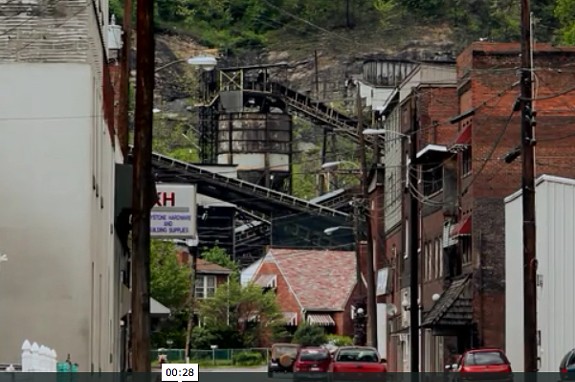 A new documentary film, "Blood on the Mountain," which examines the cycle of exploitation of people and the environment by West Virginia's coal industry, opened this week in New York to good reviews. The film highlights Massey Energy, the coal firm based in Richmond.

One talking head featured in the film is Style's own contributing editor, Peter Galuszka, who wrote a well-received book, "Thunder on the Mountain: Death at Massey and the Dirty Secrets Behind Big Coal" (St. Martin's Press) covering the same topics. The book also featured gritty photos of West Virginians by Style photography editor Scott Elmquist.

“It is a powerful and timely movie,” says Galuszka, who attended the premiere May 26 at Anthology Film Archives in New York. Donald Blankenship, Massey’s former chief executive, is scheduled to go on trial for his role in the mine disaster on July 13 in Beckley, West Virginia.

“Thanks to its historical perspective, 'Blood on the Mountain' keeps hope alive in the coalfields -- and in the more defining mountains, the mountain state vs. the 'extraction state' -- and reminds viewers of the inspiring continuum of the extraordinary Blair Mountain miners' uprising in 1921, the victory of Miners for Democracy leader Arnold Miller as the UMWA president in the 1970s, and today's fearless campaigns against mountaintop-removal mining.”

Here's a teaser trailer below. The full trailer is here.

The film was directed by Mari-Lynn Evans and Jordan Freeman, a team that previously collaborated on “The Appalachians,” a three-part documentary that was aired on PBS, and “Coal Country.”

"When workers protested in the early 1920s, they were met with machine guns and combat aircraft in a war that West Virginia officials kept out of history books," Galuszka says.

In 2010, safety cutbacks at a Massey Energy mine led to the deaths of 29 miners in the worst such disaster in 40 years.

For now, Richmond audiences cannot see the film locally; Style is waiting to hear back from producers of the film about nearby screenings, but Galuszka is unaware of any scheduled. He says there has been talk of the film airing on PBS. Galuszka's book is now available in an expanded paperback from West Virginia University Press.

Update: Producer Deborah Wallace confirmed that there will be local screenings this summer, but they had yet to be scheduled.