Round-Up from the Arts Desk

Assorted odds and ends from the week's mailbox. 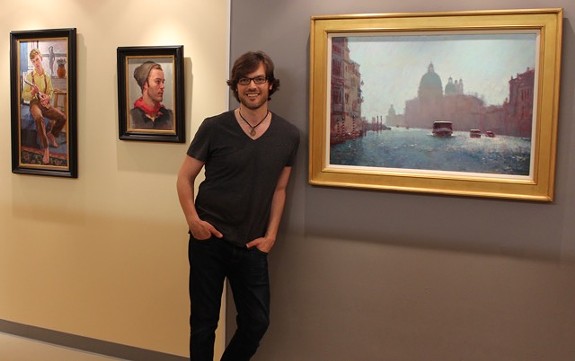 Local hip hop maven Marc Cheatham of the Cheats Movement is hosting an event “Lights, Camera, Action: A Celebration of Hip-Hop Films and Music” tonight, Thursday, May 7 at Gallery 5. The special event begins at 7 p.m. with a film panel at 8 p.m. and live music at 9 p.m.

After the panel the music takes over with performances from local artists Noah-O, Joey Gallo, Michael Millions, Chance Fischer, DJ Billy Nguyen and a special performance by Goldin.

TheatreLAB and Richmond Triangle Players are once again partnering with the Virginia Anti-Violence Project to present “Nerve: Stories of Queer Resilience” which helps tell the important stories of the LGBTQ community.

These collected stories are being crafted into an original theater work by an ensemble of actors and writers, which will be performed as a benefit for the Virginia Anti-Violence Project. Led by Melissa Rayford, "Nerve" will be performed on May 26 and 27 at Richmond Triangle Players.

From VAVP’s Stacie Vecchietti in the press release: “It's more important than ever that we come together as a community to talk about how we can address and prevent violence within and against our vibrantly diverse LGBTQ communities. NERVE is an amazing collaborative example of how we can start those conversations."

Tickets are $20 and available at RTP.

Ever Wondered How To Talk To Rock Stars?

Alli Marshall has written for alt weekly Mountain Xpress in Asheville since 2001 and has been the arts editor since 2013. She recently published a novel, "How to Talk to Rockstars," and will be reading at Chop Suey Books on Saturday, May 16, at 7 p.m.

“It is fiction and not an actual how-to book," she says via email. "But there are various tips and interview questions scattered throughout."

She’s gotten props from Charles Frazier (author of “Cold Mountain”): "This bright, fleet novel is a true delight—an engaging, perceptive, precisely observed and slyly funny meditation on fame and love, in particular the love of music."

Here's a book trailer (everybody has those these days, nobody's got time to read about a book!)

David Tanner, a local representational painter focusing on figures, recently had a five-page profile on his work in the April/May issue of PlenAir Magazine, a glossy national publication respected in traditional painting circles. Tanner shows his work at Crossroads Art Center and teaches oil painting at Visual Arts Center of Richmond. You can see his annual show of recent work at Crossroads opening on May 15, and he’ll be joining center owner Jenni Kirby on CBS-6 next Wednesday morning to promote the show.

"Draw Back the Curtain" Again

The film “Draw Back the Curtain” produced and released by Jewish Family Services and University of Richmond Hillel, is a feature-length documentary detailing the Richmond community’s role in resettling 800 refugees from the former Soviet Union in the late 1980s. The premiere last fall at Modlin Center for the Arts drew an audience of more than 500 people, and you can catch the next screening at the Carole and Marcus Weinstein Jewish Community Center on May 21, at 7 p.m. as part of Jewish American Heritage Month. The event is free and open to the public but tickets are limited and must be reserved online. For more information, visit www.DrawBacktheCurtain.com.