Local actor's film in competition for Palme d’Or at Cannes. 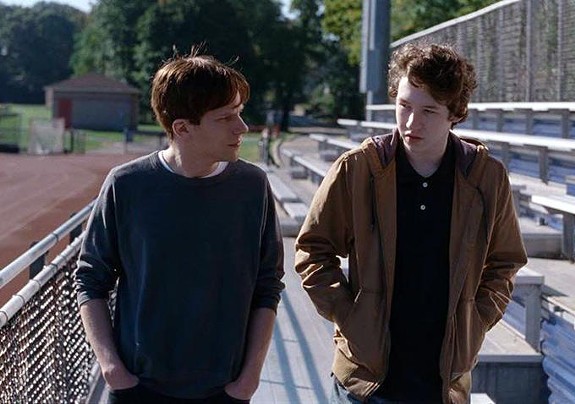 Devin Druid, the impressive young actor we profiled last November when he was starring in the acclaimed HBO series, "Olive Kitteridge," has another success on his hands.

Druid, 17, stars alongside Jesse Eisenberg ("The Social Network"), Isabelle Huppert and Gabriel Bryne in Norwegian director Joachim Trier’s "Louder Than Bombs" which will be competing in the main competition at the Cannes International Film Festival held between May 13-24. It's the first time in 36 years that Norway has fielded a contender for the Palme d'Or.

Playlist described the Eskil Vogt-scripted drama as "being 'Rashomon'-esque, revolving around a late war photographer played by Huppert, whose husband and two sons [Druid plays Conrad] discover a secret about her past as a retrospective of her work is being put together."

"We actually got to screen a cut of the film this morning and it is wonderful," Druid's mother Christine says via e-mail.

Druid tells Style that the film was an "incredible joy" to work on and he learned a lot from his scenes with veteran actor Gabriel Byrne.

"I feel like we've invested so much time and emotion into this project, and it's so great to finally see it put together. I believe it's a masterpiece in all honesty," he says. "Such emotional depth and there's a purpose for everything in every shot. Joachim really thought deeply about everything going into this."

He says he got word that "Louder Than Bombs" would be competing just a few days before the official announcement. His family has been ecstatic ever since, he adds.

"I will be attending the festival. I was told that they would like to have me so I'm very excited about that as well," he says. "It'll be my first real time out of the country. I say real because the only time I've ever been was over the border to Canada for about two hours to see Niagara Falls. I'm very, very happy and I just can't wait!"

More recently, Druid had a role in VCUArts film production of "Macbeth" featured in this Style cover story. The professionalism that his directors praise in his acting is just as evident in how he conducts himself, even in brief interviews: unerringly polite, thoughtful and humble.

And it continues to look as if he's got an exceptional career ahead of him.