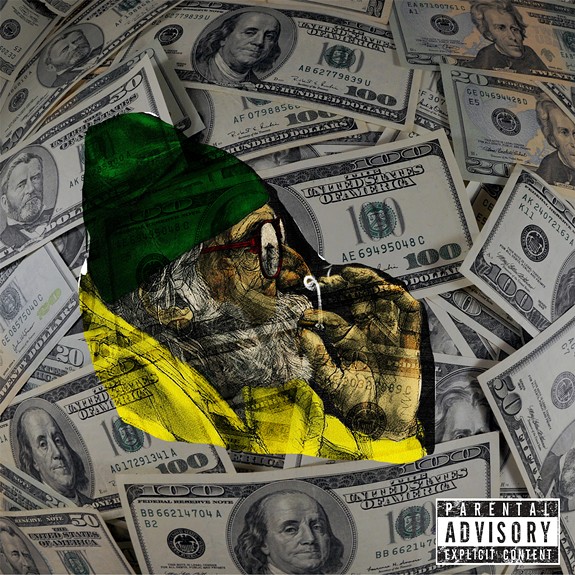 Back in January of 2013, I met Broad Street Elite rapper SO !LLA at Buffalo Wild Wings in the west end of Henrico, a few blocks away from our former high school, J.R. Tucker. We sat down for an interview -- later titled "Grindaholic" -- that focused on hopeful moguls within RVA’s hip hop community.

After I had spilled my Diet Coke all over the table, I finally got down to asking !LLA about the number of different hats he wore in Richmond’s hip hop community.

“I'm a promoter and booker [at the then popular night club Kingdom], I’m developing a clothing line, working on video production with Aura HD, I’m a graphic designer, and also a rapper,” he said with smile that indicated he knew something I didn’t.

Fast forward to April 2015, now the rapper is going by OG ILLA. And now he has narrowed his focus down to music -- in particular, his debut album “Marijuana Made” which sees its album release party tonight at Strange Matter, appropriately on 420.

“I’ve covered all my bases, I mean what more can I do?” says ILLA via text message. “I’ve worked with BMI to register my music, I’ve got professional public relations, I’ve released singles and videos to an overwhelmingly positive response, and have been promoting this project for a year. I have a goal to sell 1,000 copies first week.”

ILLA says when he stopped making music, he noticed it was something he needed in his life. “My heart slowly started speaking to me. Hip hop and I have a bond that has carried me through everything. From being homeless and throwing live shows to missing meals just to save money for recording time and videos. I’ve lost time with my family and loved ones just so I can hustle and focus on hip hop. It really does run through me,” he says.

“I really dug deep and spent valuable time constructing this project,” he says. “Those familiar with my music will finally see my effort on the production side. I co-produced all the beats with DJ Gringo. I was also very active in final mix and mastering of the project. It's a very personal project for me.”