Actor journeys to Library of Virginia for "Who Do You Think You Are?" 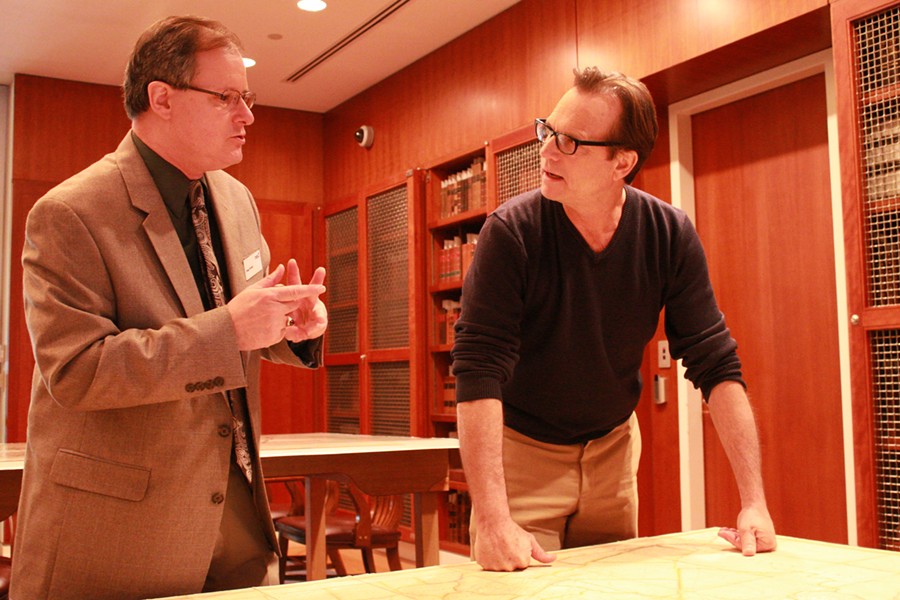 Famous actor Bill Paxton has a family secret that he learned about in Richmond.

Paxton ("Twister,""Big Love") made a trip to the Library of Virginia to study his family roots. The segment will be featured on an episode of TLC's "Who Do You Think You Are?" that airs April 19.

TLC notes in a press release that Paxton has always been fascinated by American history and knew he had ancestors who fought in the Civil War. He meets a genealogist who alerts him that his four-times great grandfather, Benjamin Sharp, served as a spy.

In the Richmond segment, Paxton talks with local historian Dr. Gregg Kimball, among others.

“I was surprised and delighted to be asked to be the consulting historian for Bill’s visit to the Library of Virginia. Doing a screen test via Skype was a bit unnerving, though!" says Kimball via email. "'Who Do You Think You Are?' reaches a national audience and I hope that the episode will inspire others to explore their family history with us.”

“It only took a few minutes to realize that Bill had a great appreciation for American history—not surprising from an actor who starred in 'Apollo 13' and the recent 'Hatfields and McCoys.' He dove into the hard work of research, reading scratchy microfilm, leafing through indexes and books, and reading 19th-century handwriting.”

"In Richmond, Bill discovers that Benjamin Sharp moved up in the world working in civil service. Impressively, he was appointed by future president James Monroe to be on the commission that certified ballot results for the 1800 presidential election race between Thomas Jefferson and John Adams. Then Bill finds his ancestor in an original book of Virginian Delegates and realizes that Benjamin Sharp moved even future up the ladder, helping elect senators, laying out districts, and building new communities. But after researching his ancestor in property records, Bill finds disturbing information that makes him question the morality of his four-time great grandfather."

Yikes. Wonder what that could be? Stay tuned..