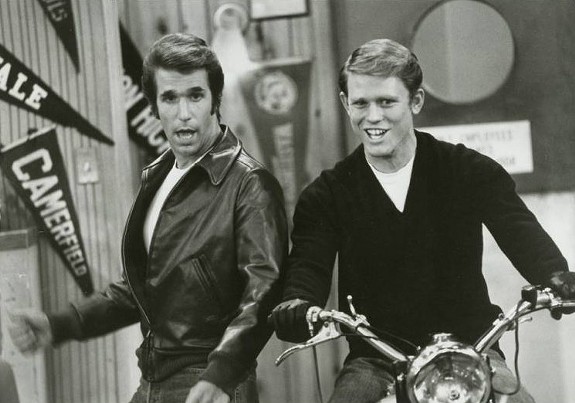 Aaayyy, the Fonz is in town.

Actor, director and producer Henry Winkler, best known for his portrayal of Arthur "Fonzie" Fonzarelli on "Happy Days" and Marlee Matlin, the only deaf actress to ever win a best actress Oscar, are coming to the Virginia Home (1101 Hampton Street) on Thursday, April 9, from 3 to 4 p.m.

There, residents will present them with donations to their respective causes -- for Winkler, the Motion Picture and Television Fund, and for Matlin, KODAWest, which serves hearing children with parents who are deaf.

The actors will be guest speakers for Stories of Courage and Grace, a fundraising event to be held at the Jefferson Hotel later that evening to benefit the Virginia Home. The event itself is sold-out, so as Fonzie is wont to say, "sit on it" or something.

However if someone from Style ends up at the event, we'll be sure to let you know if anything crazy happens. Or if the "Jumping the Shark" episode is analyzed in detail.

Update: Marlee Matlin tweeted a photo of the pair eating in Richmond at Mamma Zu's. No confirmation of whether Winkler smacked or kicked the jukebox when he came in.