Now that Shaka Smart has moved on, who should replace him? 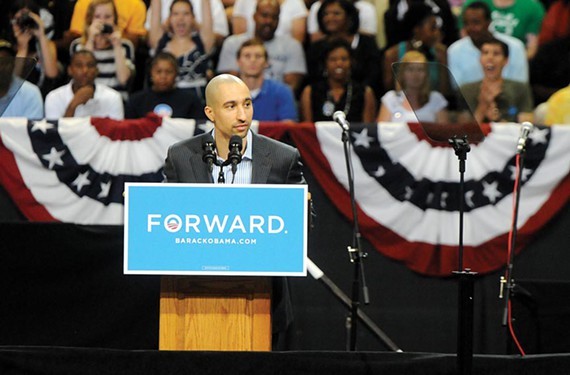 Having reached the pinnacle of Richmond fame when his wife became the Christmas mother, there really was nowhere for Coach Shaka Smart to go but down.

That’s a joke, people: I’m just trying to make the pain go away.

Already there’s been talk about Virginia Commonwealth University looking to hire former assistants of the Great One to coach the team. One would think the school would try to make a big splash with Smart’s replacement, if only to keep its top-notch recruits and hopefully earn new ones.

This all may be too late: But for their use, I thought I might throw some blind, full-court heaves into the fray. You’ve got to think outside the box. That’s what our dear leader Shaka Smart taught us. Amen.

Bobby Knight --Bring the General out of retirement. Let him throw some chairs around, see if we don’t make “SportsCenter.”

Anthony Grant --The former Rams coach from the pre-Smart era just got canned from Alabama for not making the tourney enough. But his conference record wasn’t so bad. And his Hollywood-star looks made one of my co-workers relate a comment from his wife: “She said, 'He makes me want to take my shirt off.’” Imagine what that does to opponents.

Spike Lee --The director of “Do the Right Thing” should follow his own advice and prove that he didn’t like the Rams just because its coach’s name sounds like one of his none-too-subtle characters. Plus he’s got to be sick of watching the Knicks lose. Stick with a winning program, Spike.

Gene Hackman --Sure, he only played a coach in that “Hoosiers” movie, but how cool would it be to see him come out and measure the height of the rim at the Siegel Center? Plus I’m sure we could find at least one local drunk who could play the assistant, Dennis Hopper role. (Just not the crazy, naked, high on peyote and cocaine, gun-firing-era Hopper).

This is the feel good, movie-of-the-week choice.

Barles Charkley--The Chucksta used to drink at Buddy’s and has a connection to VCU through former coach Sonny Smith. And whether he could coach a lick, this would be the greatest sports coup of the year. Can you imagine the post-game conferences? Can. You. Even. Imagine?

Other possible suggestions voted down: Moses Malone, Rosie Soul and the Rock and Roll Cowboys, and Dirt Woman.