On the anniversary week of Dave Brockie's death, Gwar soldiers on. 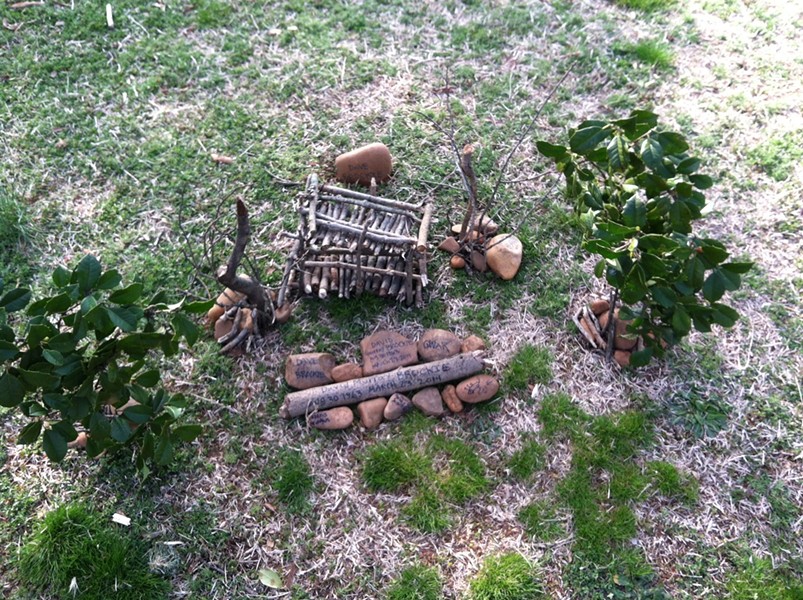 This week saw the one-year anniversary of the death of legendary Richmond freak, David Murray Brockie, also known as Oderus Urungus from Gwar.

Tributes poured forth on social media -- and an informal makeshift memorial was seen in Hollywood Cemetery that fits right along with the Gwar aesthetic.

Bob Gorman of Gwar says that the band is still in the "developmental stages" of a final memorial for Brockie in the famous cemetery. It owns an official plot in Hollywood.

It's understandable that the band is pressed for time. Gwar is showing no signs of slowing down, recently releasing a teaser trailer for its sixth annual Gwar-BQ event, which is scheduled for Aug. 14-16 at Hadad's Lake. Future announcements of the band lineup will trickle out slowly during the coming months, Gorman says.

Gwar-BQ promises "30 food vendors, 20 bands and three stages ... but only one porta potty."

In other Gwar news, the band has a busy weekend in early April. A few members are heading to Brooklyn to celebrate the 20th anniversary of a truly horrible film, "Empire Records," which tried to make the life-and-times of a Tower Music employee look super hip and fun (believe me, as a former late-night Tower employee in California, they did it wrong). Those screenings, April 8-10, apparently will feature a record-throwing contest -- hopefully aimed at the projector.

On that same weekend, other members of Gwar will be involved in an "engagement piece" at the local TEDxRVA event (April 10) where the always entertaining Michael Bishop is speaking at the Carpenter Theatre.