Because really, neither approved state song can touch "Homeboy." 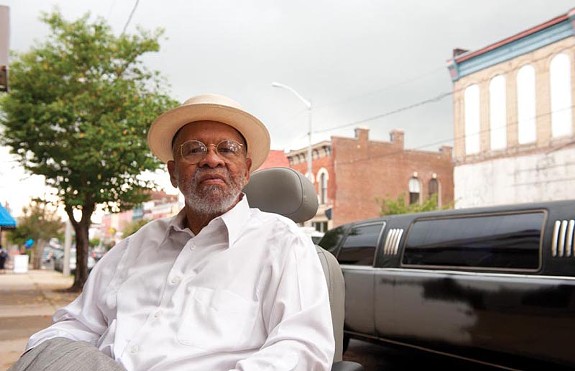 It was reported this week that the House of Delegates joined the Senate in approving a two-song solution to Virginia's official state song crisis. Not a second too soon.

Looks like we're getting a frightening, "Wicker Man"-styled traditional song ("Our Great Virginia") and a kick-off-your-Docksiders-and-dance, white boy, dance-popular state song, ("Sweet Virginia Breeze"). CBS-6 has a breakdown of how the House voted here as if you could be bothered between the death of Spock and the hideous dress-color debate.

Assuming you buy the proposition that we need a state song, I guess this is the system's way of dealing with the new purple-headed Virginia that leans equal parts old school and new (yes, we're counting late '70s yacht rock as the new part).

But really, if we're going to break a state song into categories, I know my music-obsessive friends are wondering: Shouldn't we be doing this by genre?

We could have at least 30-odd state songs, right? Hip hop, metal, alt-country, Krautrock, shoegaze, Nintendocore -- the list goes on. I'm sure there are people out there who feel the House should debate the relative merits between cowpunk and psychobilly when it comes to a representative state song for Virginians. I mean, we live in the time of the collective Twitter conscience, and who says that squeaky clean beach tunes are for everyone?

Our annual Best of Richmond voting asks what Virginia's official state song should be here; we'll likely see some diversity in the answers. For example, I bet at least one person puts Gwar's "Sick of You."

My vote goes to a dirty old school R&B classic by the incomparable Mr. Wiggles (aka August Moon): his 1965 song "Homeboy." This song features a fine ode to southern soul food from Richmond, especially relevant now as we come into our own as an authentic foodie destination. Gotta love these lyrics: "I was born down there in Bigfoot country / where you can get those pigtails tied in knots, pork chops real, real hot / chitlin covered with mustard. ... I'm a homboy, I'm from down in Richmond, VA!"

Moon has even claimed that a young Jimi Hendrix played on the song, though that was never confirmed. Check it out.