Property will be redeveloped with no specific plans yet. 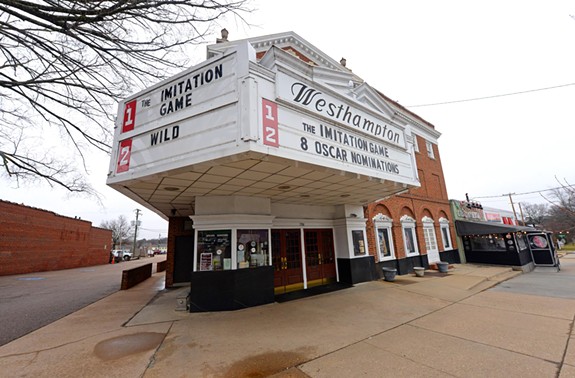 One of the city's oldest and most cherished local movie theaters, the Westhampton Theater, is closing its doors later this year.

The property, at 5702 Grove Ave., was bought for $1.75 million in March by Westhampton LLC, a holding company controlled by the Cametas family. Last week the family also spent $2 million to purchase the 6,300-square-foot office next door to the Westhampton, which houses the Long & Foster offices (separated by the Continental Westhampton restaurant).

The Cametas family was leasing the Westhampton property back to Regal Cinemas; it hired Jason Guillot, first vice president of Cushman & Wakefield/Thalhimer, to explore options for future redevelopment.

"When the theater moves out, that will present an option for something else and we don't have any specific plans yet," Guillot says. "I'm sure we'll be approached by neighbors with ideas, and we plan to meet with the Westhampton Citizens Association and the Libbie, Grove, Patterson business associations and hear their thoughts, as well as working with City Councilman Jon Baliles to see what his thoughts are about the property."

Local Facebook feeds were blowing up all morning with Richmonders bemoaning the loss of the theater which was built in 1938 and had been a two-screen home to more artistic cinema for decades. But two-screen theaters have fast become a thing of the past, unable to compete financially in the age of the multiplex.

"Stefan [Cametas] and I both have a passion for this area and we want to see something everyone is pleased with," Guillot adds. "Nothing can replace the Westhampton, but if [Regal's] going to move out we want something that adds value to the neighborhood and provides an amenity."

"The property owners understand and appreciate the rich and unique history of the Westhampton neighborhood, and the value this property has to the community. In the coming months, we plan to engage the surrounding community, including neighborhood associations and area businesses, and the City to develop a plan for the property that honors the historical significance of the Westhampton Theater and the Libbie and Grove corridor.”

Current staff at the Westhampton will have the option to work at one of the six other Regal cinemas in the area.