"Why Don't You Play In Hell?" Seriously.

Japanese cult film coming to the Byrd with Richmonder's poster. 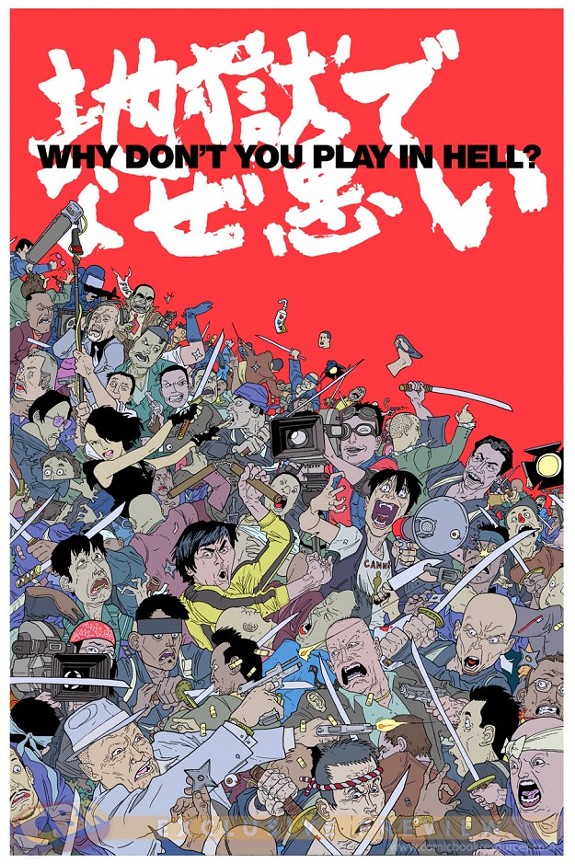 The Byrd is getting a little bloody next month.

Acclaimed Japanese director Sion Sono's "Why Don't You Play In Hell?" is screening at the Byrd Theatre on Saturday, Feb. 21 at 1:30 p.m. And there's a local connection: Richmond artist James Callahan designed the poster for the film's western release (see above) and he'll be on hand to sign limited edition poster prints after the premiere.

Tickets will probably go fast for this one, based on the orgiastic mayhem of the trailer.

A press release from Barf Comics notes that "Callahan was chosen for the project because of the film's kindred subjects with Callahan's most recent graphic novel: "The Auteur: Volume One", written by Richmond graphic novel author, Rick Spears."

"The amount of overlapping concepts in 'The Auteur' and 'Why Don't You Play In Hell' are astonishing. Simultaneously, they are so remarkably similar and yet strikingly different. It is as if a gateway between parallel dimensions has opened up and two separate universes of psychotic slapstick have collided in the last movie theater on earth. It was really great to get to create art for my newest favorite film after completing this book," Callahan says in the release.