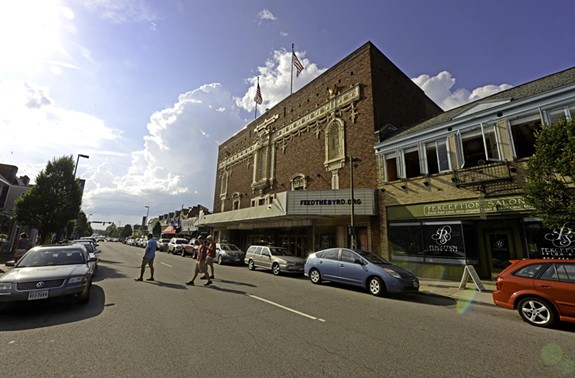 As Style first reported back in March, the Byrd Theatre is being featured in a six-part documentary series for European television on the greatest cinema palaces in the world.

This week, they need the public to send memorable personal stories to be featured in the film. They list for example, "what movies did you see as a kid? Did you ever have a special date at the Byrd? Have you ever seen a ghost there?" They'd also love any home movies people have of the Byrd.

You can send your stories to kim@virginiabertholet.com. They'll pull out the best stories and filming will take place between Dec. 27 and Jan. 2 at the Byrd and around the theatre.

French director Jean Achache is producing the 52-minute segment on the Byrd that will represent America's contribution to "Collection Cinemas Mythiques" (Mythical Cinemas Collection) which also features segments on theaters in Havanna, Shanghai, Prague and Amsterdam.

"Jean came over to show his short film at the French Film Festival, got to know the [organizers] Kirkpatricks, and just fell in love with the Byrd," says producer Virginia Bertholet. "What we really think Jean is trying to do is not so much tell a chronological story, but tell how the Byrd is such a beloved theater, how much the community loves it and how it has been sustained by this love for it."

The episode, "The Byrd Theatre: A Love Affair," will be narrated and co-written by local author Dean King, also listed as an executive producer. In addition, well-known location manager Isaac Regelson is listed as a co-producer.

If you just want to be seen in the documentary and not interviewed, you can show up for one of the events listed below, when the crew will be filming events in the Byrd.

All three movie shows will feature Christmas sing-a-longs before the show, with Bob Gulledge at the organ. 4:30, 7:15, 9:30 - the public is welcome.

A George Melies short film with Gulledge at the organ and Todd Schall-Vess narrating will take place at 7:15 show. The public is welcome.