Does "Black Messiah" live up to the hype? 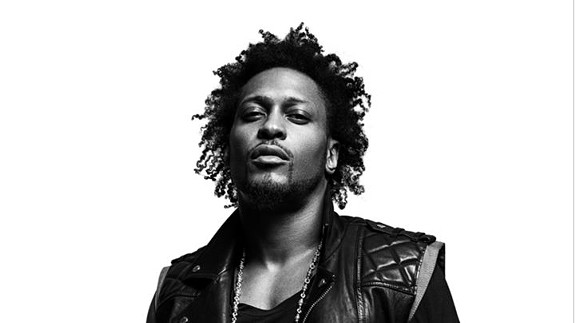 Richmond native and preacher's son, Michael Archer, a.k.a. D'Angelo, did something nobody thought was possible last night: He released his new album. (And yes, he's still going mostly in a funk-rock direction. See video below for more on his musical evolution).

Credited to D'Angelo and the Vanguard, "Black Messiah" became available on iTunes at midnight much to the delight of his legions of fans. The modern soul and R&B star who has suffered from addiction problems was last heard from with 2000's "Voodoo."

The quote of the moment about the record comes from drummer and co-producer Questlove: He called it the “Apocalypse Now of black music” -- in reference to the serious travails that it took to make this album a reality. The cover of the album makes an easy political statement -- especially these days -- with a black-and-white image of people protesting.

You can hear the single "Sugah Daddy" here, and the album's first official single ‘Really Love’ is being released to radio this morning. Style's longtime D'Angelo chronicler Craig Belcher offers this review:

"This is the album D’Angelo fans have been waiting over a decade for -- which is good, if you are wondering what a sequel to 2000’s “Voodoo,” might sound like. But if you were hoping for evidence of D’angelo’s progression and evolution as an artist, you might not find it on “Black Messiah.” But there is some good music.

D’Angelo’s third album recalls the hallmarks of his second, with its muddied production, plodding beats and incomprehensible lyrics, which was part of its charm. But unlike “Voodoo,” which drew listeners in with the Princely “Untitled (How Does It Feel),” or his gentle cover of “Feel Like Makin’ Love,” this album lacks a point of entry for the uninitiated. “Really Love,” the single being offered to radio, clocks in at near six minutes and meanders exquisitely, but doesn’t get far. A song leaked to blogs over the weekend, “Sugah Daddy,” isn’t so sweet on the ears with it’s garbled lyrics and offbeat percussion. Still these tracks are proof that D’Angelo is back, which might be enough for some.

While his musical landscape may not have changed much, there are some welcome additions to his sound. He’s stepped from behind the organ and his guitar work features prominently on songs such as the blistering “1000 Deaths.” Another bright spot is “Betray My Heart,” where he sings of his devotion to a woman, or perhaps his music, over some lovely chords. Surprisingly, he shows little respect for his hometown on the funky “Back to the Future,” singing “Back In Richmond shit ain’t changed a bit/Niggas wit a little piss in got some attitude in/I’m wondering if I can ever ever again.” Well alright then.

D’Angelo isn’t trying to win any new fans with this release. His writing partners, Funkadelic's Kendra Foster and The Roots’ Ahmir “Questlove” Thompson, aren’t known for making hits and don’t defy expectations here. “Black Messiah” is a dark, self-indulgent work that will appeal to the patient and faithful D’angelo fan, musicians and people who still buy albums by the Roots. That being said, it’s a unique artistic statement in an market overflowing with prefab pop music, and we should be grateful it exists. “Black Messiah” might not save R&B, but it could show some wayward souls the way."

In this 2014 video, D'Angelo opens up about his career with writer and filmmaker, Nelson George.