Richmond's Spacebomb label could lift off with anticipated new album. 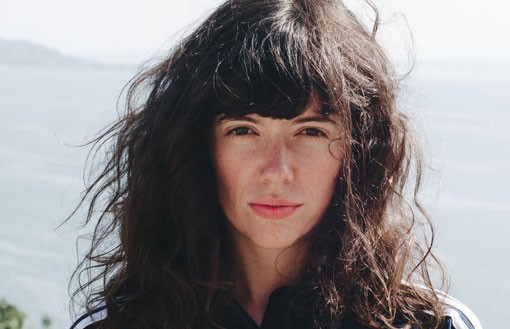 Local musician Matthew White may soon take a big step toward his goal of establishing a modern-day Stax-style recording draw in RVA. Especially if you believe the critics lately.

Natalie Prass is a rising singer-songwriter mostly known as a back-up player in Jenny Lewis' touring band. But Prass and her expressive, fluttering vocals have been gathering critical props for her soon-to-be-released, self-titled debut album. It's a record I've been hearing praise about from local musicians all year, several of whom played on it.

Prass, 28, lives in music hotspot Nashville but recorded her debut right here in Richmond with old friend White, Trey Pollard, and their crew of jazz and classical-trained musicians from VCU. Filled with lush, '70s flavored southern soul that already has drawn comparisons to Dusty Springfield, the album drops on White's Spacebomb label on Jan. 27.

Expect the local show to be a sweaty night of celebration. Prass will be accompanied by the album musicians at the Broadberry on Tuesday, Feb. 3. Tickets go on sale this Friday at 10 a.m. here.

She talks about her Richmond connections in a recent interview with Pitchfork.com. Take it away, excerpt:

Pitchfork: Your upcoming self-titled album has such a lushly orchestrated sound and feel. Can you talk about the production process?

NP: The album was produced by Matthew E. White and Trey Pollard at Spacebomb [Studios] in Richmond. Matt and Trey share a vision for Spacebomb as a label, studio, and aesthetic, and it’s evident in everything they do. They have an incredible house band that could play with anyone, on any record. It’s a rare and genuinely inspiring thing to be a part of.

We’re all from Virginia. Matt and I were in a band together when I was in eighth grade, so I’ve known him for a long time. We had fallen out of touch until a mutual Nashville friend ended up reconnecting me with him years later. Trey was a few years ahead of me at our arts magnet high school in Virginia Beach, and his talent was kind of legendary there. They both attended Virginia Commonwealth University together and were in the jazz program there. Matt is the most thorough, thoughtful person I’ve ever met when it comes to building a cohesive concept for a record. He’s responsible for the sophisticated horn arrangements on the album and got his VCU jazz program friends to play on it, since our budget for the whole thing was virtually nonexistent. Trey ended up doing all the string arrangements, he knows all of the tricks and remembers everything he’s ever listened to. In the studio, he can summon from memory exactly what he wants in order to achieve the desired effect. It’s incredible to witness.

Here's the first single from the album:

And another new song: