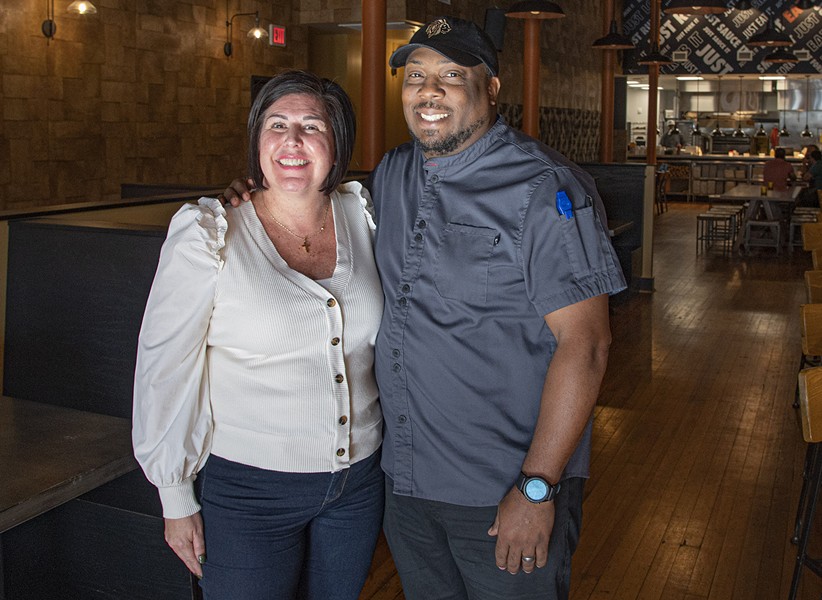 ML Steak Modern Chophouse isn’t the latest restaurant Mike Lindsey has launched, and it certainly won't be the last, but it is perhaps one of his most compelling concepts. In 2022, Lindsey opened four establishments alongside his wife and business partner, Kim, including Buttermilk & Honey, Bully Burger, and Jubilee. Just one block away from his flagship Lillie Pearl, one of Richmond’s only Black-owned steakhouses is showing off another side of the critically acclaimed chef.

Before Lindsey opened ML Steak Modern Chophouse last year, he had already brought another restaurant concept to this location as the culinary director for Fatty Smokes, a barbecue joint EAT Restaurant Partners started shortly before the pandemic. With life returning to normal, last year the husband and wife duo felt confident they could revive the spot.

“Me and Kim knew we could make it successful because this is our neighborhood,” says Lindsey. “The chophouse has been busy every day it’s open, and we just added in Monday and Tuesday dinner service because Wednesday through Sunday was so busy. We’re here not just to make money but to enhance this community and bring Jackson Ward back to its heyday when Broad Street was thriving.”

Although a steakhouse may seem like a surprising departure from the decadent Southern dishes that have earned Lindsey fame, the new chophouse is also a return to his roots. He cut his teeth in an array of steak restaurants from Ruth’s Chris to The Capital Grille. “I have spent most of my culinary career butchering high-end meat,” Lindsey says. “My dream was always to open my own steakhouse and name it after my mom. She fell in love with that type of dining so whenever she wants to celebrate something we’re gonna go to a steakhouse.”

Though most customers assume the ML in the name is for Mike Lindsey, it actually stands for his mother, Mildred Louise. Without her support, and several of her signature seasonings, ML Steak Modern Chophouse would not have been possible, according to Lindsey.

“When Lillie Pearl opened, my parents left North Carolina and moved in with us to take care of our son,” he says. “They’re the backbone of our business because sometimes Kim and I are gone from eight in the morning until ten at night, and we know our son Tristan is in incredible hands. We can build this empire thanks to them.” 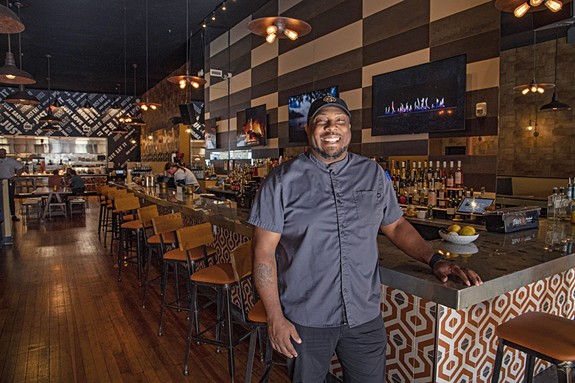 As a small show of thanks, the grandparents come into the chophouse once a month for a free fine dining date night. Although the food is fancy enough for celebratory occasions, Lindsey opted to avoid white table cloths because he didn’t want the environment to feel stuffy or like an old men’s club. From the aesthetics to the drink menu, ML Steak Modern Chophouse is designed to feel fresh and female-friendly.

“I wanted the environment and the vibe to seem like you're somewhere else, but for the food to feel like it is from here,” Lindsey explains. “It was important for me not to get too frou-frou because some of those steakhouses lack flavor. As Southerners, we season food, so I'm going to use my signature seasonings to flavor these steaks instead of just salt and pepper.”

ML’s most creative dish and best seller is the filet medallion flight, a suite of three ounce steaks all differently prepared. One comes Oscar style with lump crab, asparagus, and a lobster veloute. Coated in herb butter and the housemade steak sauce, the second filet is served alongside mashed potatoes. With a black pepper crust topped by a bleu cheese sauce and fig balsamic glaze, the final filet is sure not to disappoint. Such a design allows customers to sample various steak styles without having to commit to just one flavor profile for the night.

“We want people to come here and say, ‘Damn, I might not need to eat a steak anywhere else,’” adds Lindsey.

For those unenthused by steaks, ML’s Modern Chophouse offers ample alternatives, all equally delicious. A play on the traditional surf and turf, the air and sea burger features a Seven Hills beef patty, lobster meat, havarti, herb mayo, asparagus, and a lobster veloute. The smoked and fried cauliflower small plate features an orange chili sauce, green onions, sesame seeds, and a Thai basil sauce. Patrons often report that ML’s truffled lobster mac and cheese is the “best they have ever had,” according to Lindsey.

With five bustling businesses under their belt, Mike and Kim are taking the first few months of 2023 to plan out the expansion of their restaurant empire. With eight opportunities in front of the couple, Lindsey says their “goal is to open no more than three restaurants this year, but sometimes a slam dunk falls into your lap.”

Although Lindsey won't rule out expanding into Richmond’s surrounding counties, right now his heart is focused on the city’s many historically Black neighborhoods rapidly being revived by entrepreneurs like himself and his wife.

“I’d own five more restaurants downtown if I could, because this is becoming a place where everyone is coming and going,” he says. “It makes me feel good to have some established Black-owned businesses in an area that was the hub of all Black entrepreneurship from the slave days on. Richmond does an incredible job supporting us, so we want to be intentional about our work and help other people get their foot in the door as well.”