Kyle Morse’s The Mayor is showing Richmond how the sausage is made. 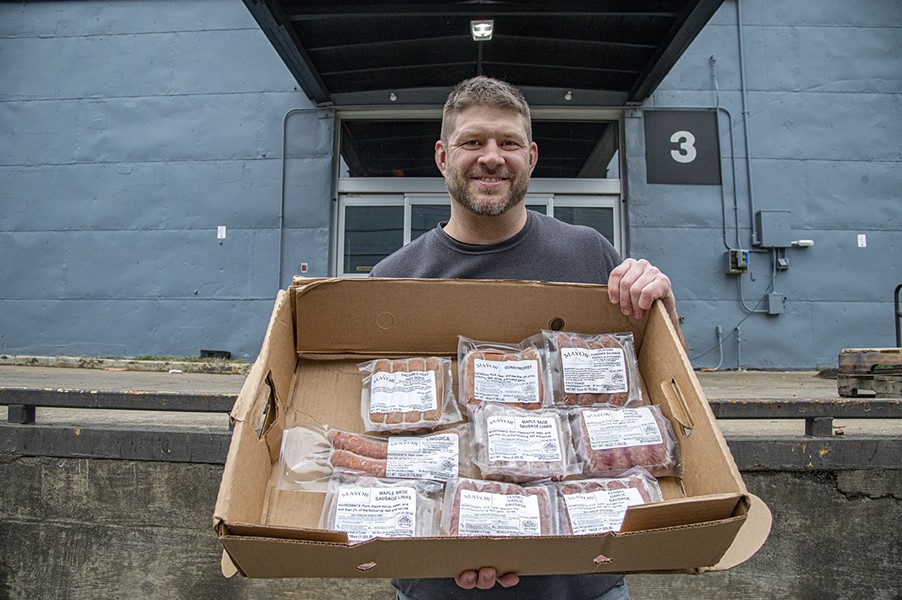 Five years ago while working one evening as the head butcher at The Breslin, a trendy Manhattan restaurant, Kyle Morse was asked by the head chef to make a garlicky green sausage using broccoli rabe, ground pork, and Swiss cheese. After that night, all he could think about were creative kielbasa and blissful bratwursts.

“From there I just fell in love and continued to delve into the world of sausage to perfect my craft,” Morse says. “I was a chef before that, so I love connecting with the tradition of seasonal ingredients and finding classic pairings of flavors.”

Squash and sage in autumn, fresh ramps in the spring, and jalapeño cheddar for summer backyard cookouts are just a few of the flavors Morse channels as he prepares his rotating selection of locally-sourced fine sausages for his family business, The Mayor. The name for his sausage service is also his middle name, one passed through him and onto his son from his great-grandmother.

“I came to a point in my career where I didn’t want to work for anybody else,” explains Morse. “It was time for me to be my own boss and take the reins of my career, but I didn’t think I was ready to run my own kitchen. I had always been interested in butchery since culinary school, so when I started making sausage it immediately felt right.”

In 2018 when his wife got a job as a professor with Virginia Commonwealth University, Morse saw the move to Richmond as the perfect opportunity to explore his sausage side. After a year of letting the family get settled, he launched The Mayor out of Hatch Kitchen in Maury. 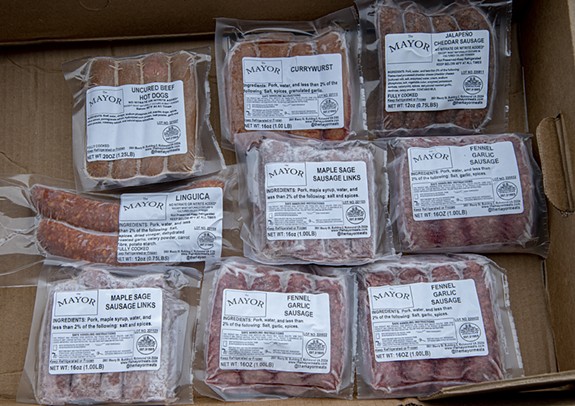 Slowly, Morse began selling his sausages at a variety of farmers’ markets around town, including Birdhouse on Tuesdays, St. Stephen’s Episcopal Church on Saturdays, and monthly down in Williamsburg. As the popularity of his products has grown, the stores willing to stock The Mayor’s meats has as well.

Folks looking to sample his sausages can find them for sale at Ellwood Thompson’s, Union Market, and Tuckahoe Seafood to name a few locations. Online orders are also accepted through The Mayor’s website.

Even those who haven’t sought out Morse’s bespoke sausages may have already sampled his wares. Richmond’s premier purveyors of pizza increasingly choose The Mayor’s meats as their top topping of choice. Pizza Bones in Church Hill, Secret Squares, and Zorch Pizza in Carytown all serve up slices with sausage made by Morse.

Whether you eat a Portuguese linguica, a Bavarian bratwurst, or a South African boerewors, all The Mayor’s meats prioritize locally raised animals direct from farms around the region. Although it may seem like an oxymoron for a butcher to care about the quality of life of the animals he slaughters, attention to his supply chain is what makes Morse’s sausages so savory.

“I show appreciation for an animal’s life and death by turning it into a really good product,” says Morse. “The animals I use are not treated like commodities, so their lives are better, and you can taste that. The care and detail I put into my sausage you can’t find in a store.”

The first sausage The Mayor ever sold was the now staple fennel garlic. With just five ingredients (pork, fennel, garlic, salt, and pepper), its simple, straightforward flavors make it extremely versatile for everything from a breakfast sandwich to an Italian pasta dinner. “Any dish you can think of, this sausage works,” adds Morse.

“The animals I use are not treated like commodities, so their lives are better, and you can taste that." - Kyle Morse (The Mayor) tweet this

After he first made the linguica, a Portuguese style smoked sausage, Morse admits he got addicted to it. As it comes fully cooked, you can take it straight out of its packaging, slice it, and eat it without any further preparation. With a mild paprika flavor, the linguica works well on a cheese board, in a New England lobster boil, or any kind of hearty stew.

Whereas The Mayor’s bratwurst is a traditional take “showing people the robust flavor of what it tastes like in Bavaria instead of the watered-down, basic versions you get in grocery stores,” the Red Eye offers Morse a chance to show off his “creativity in the form of sausage.” Based on a Southern gravy recipe, this sausage combines coffee, ham, and bacon as the perfect breakfast hangover cure.

From his holiday special, bacon and fig sausage, to the beet and goat cheese variety, Morse isn’t afraid to push the envelope. Working with a meat many other butchers eschew, he even offers four types of chicken sausage: Virginia pepper, Thai curry, chorizo, and classic Italian. Starting in 2023, Morse hopes to have a vegan sausage for sale.

For now, Morse is happy to operate out of Hatch. However, if the right storefront presented itself, he might be persuaded to finally open the combination butcher, bistro, and corner market of his dreams.

“I have this idea where I produce all of my products in public behind glass so that folks can actually see how this sausage is made,” he says. “There is a very big love of sausage all around us in America, but it's just not always out in the open.”