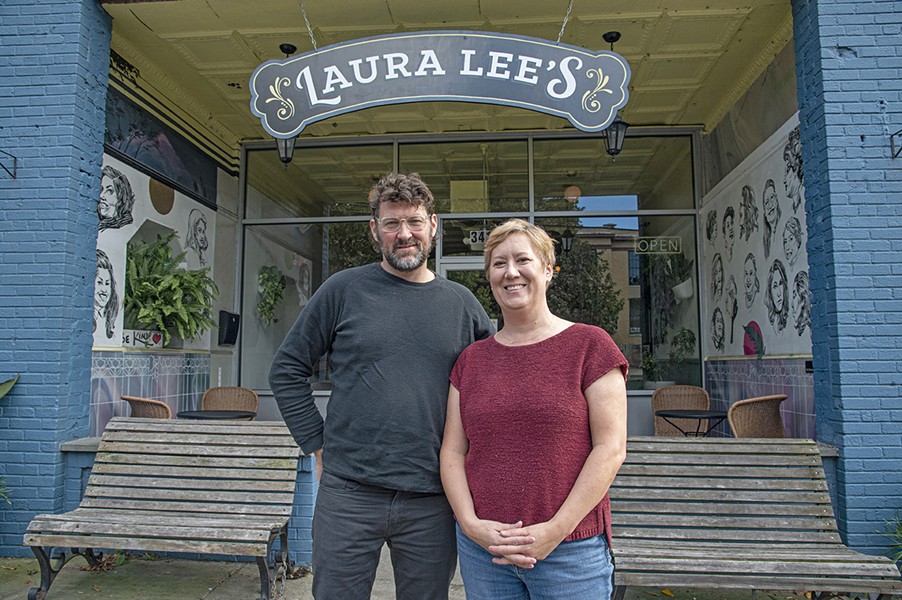 Scott Elmquist John Murden and his wife, Kendra Feather, have a lot of experience with running charming and successful Richmond restaurants.

Pennsylvania native Kendra Feather came to Virginia for college in the ‘90s and never looked back. Today, she owns three charming and successful neighborhood restaurants, Garnett’s Café in the Fan, The Roosevelt in Church Hill and Laura Lee’s in South Side. Feather sold her first place, the popular vegetarian joint, Ipanema Café, in 2020—and was also a founding partner of WPA Bakery.

We caught up with Feather and her husband and business partner, John Murden, to discuss how things have changed for the couple -- and the Richmond food scene -- over the last four decades since Style began publishing food reviews, news, and in-depth profiles.

As you might expect, it’s yet another story of an industry deeply changed by technology, fast-moving cultural trends and different generational tendencies and habits.

Kendra Feather: This is ridiculous to say now, but I wanted to be a writer for Rolling Stone. I was a journalism major at VCU and I had an internship for three years at Sony Music. I worked for Epic and Columbia records, as well as some smaller record companies. When it came time for graduation, I didn’t end up getting hired by the company I was working for. But through all of that I waited tables.

When I opened Ipanema Café [1998] there was no social media—we just opened our doors and waited for someone to walk by. It was word of mouth and food reviews, which I think had a lot more leverage back then. Getting a food review in the local paper? That would cause you to be slammed for a couple of weeks.

Restaurant reviews were more crucial with no social media. It was the main three—the Times Dispatch, Style and Richmond Magazine. And there were the core popular restaurants like Mamma Zu’s, Millie’s, Helen’s. People would wait for two, two-and-a-half hours for a table at these places. There just weren’t as many places to go, it was a different environment than it is now. Back then, we could get away with a lot of stuff. When I opened Ipanema, we had a plywood bar! And no one held it against us. Now you’re expected to open fully polished. 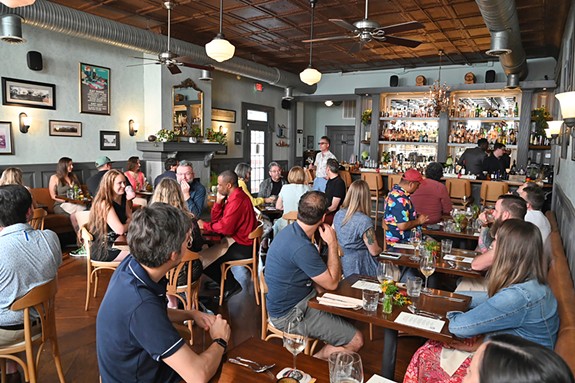 John Murden: It was a rougher, dirtier, crustier place. The context of Grace Street [location of Ipanema Café] was different. There was a strip club, a theater. It was just different.

KF: Grace Street was not a desirable place at the time. But it was so much fun going to rock shows—it wasn’t high-end by any stretch of the imagination. Downtown VCU looks a lot different than it did then. The thing with restaurants now is: Is it Instagrammable? People will go to a restaurant because they saw a piece of neon or nice wallpaper.

JM: We will put up a picture of dessert on Garnett’s Instagram and we’ll have people there within the hour that say, ‘I saw that cake’.

KF: It’s a great tool, and luckily John has always been ahead of the times with tech stuff. He helped me modernize down to my Gmail account. He’s always been an early adopter of everything. Early on, between the two of us, we could figure out social media and how it works … now that we’re older we have staff who are digital natives; they grew up with this.

Garnett’s [2009] opened in the age of blogs and bloggers. My brother lived here at the time and we had just opened and were standing there and he looks at me and goes, “Oh wait. We forgot to tell anyone we were opening.” We didn’t have laptops, so we had to run down and get on a physical computer and post the news on Facebook. The RVA News blog came and had lunch and boom! All the bloggers came through. A lot of those blogs don’t really exist anymore.

The Roosevelt [2011] caught the wave of Southern food and, for whatever reason at the time, Richmond as a food destination just hit. Church Hill was booming as a neighborhood and we just happened to be the restaurant that had opened there. We were also doing a strictly Virginia wine list at the time, so that is what got us into magazines, that list made us a little bit different. When we opened The Roosevelt, we were at the right place at the right time. Suddenly Richmond was interesting to people in a way that didn’t involve the Confederacy. 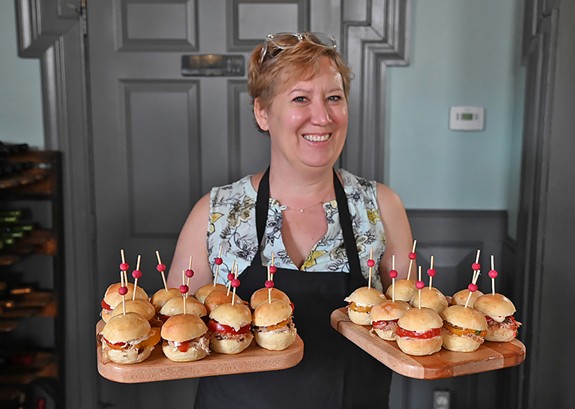 With Laura Lee’s [2016] it just kind of moved into the neighborhood and opened, it didn’t really catch any wave.

JM: The commonality was that for each place we were aiming to open a neighborhood spot. They all hit in their own way. And today, the culture of each spot is great—we don’t have the screaming chef thing. I was a line cook back in the day, so, I’ve seen screaming chefs. That was one of the conversations we had as we really got into this, “How do we have a good, sustainable culture?” I think that’s one of the overall changes we’ve seen [in the scene].

KF: I posted something on Instagram recently asking people for podcast and book suggestions about best management practices. I got some interesting responses. Some people were like “Why?” and others said, “Here’s a list,” and still others said, “You don’t need that shit.” I think it’s interesting. My belief is that I am as flawed as anyone, and I’m self-taught, so I try to find information out there and read up on stuff. I recently read an article about, “How are you as a GenX boss meeting the needs of millennial employees?” I must remember that millennials were raised with access to social media from a very young age—that affects you and your background and what the world looked like around you growing up. It’s hard sometimes to take all of that into consideration. You have to stop yourself and say, “Oh, maybe they didn’t grow up believing this thing to be true.”

JM: I have employees who are 20 years old. The last six years of their lives have been Trump and COVID. That’s rough man.

KF: I’ve found that millennials like to be collaborative, so it’s important to figure out a way for everyone to have a little say, but also never take my hand off the rudder. I try to have some patience and let people make little mistakes, but not detrimental mistakes. It’s tricky.

JM:As for more restaurants? We have a 9 year old and three places to run so we’re busy. But Kendra’s brain is always making ideas, “Oh maybe this restaurant would work here.” She’s inventing them whether we end up opening them or not.