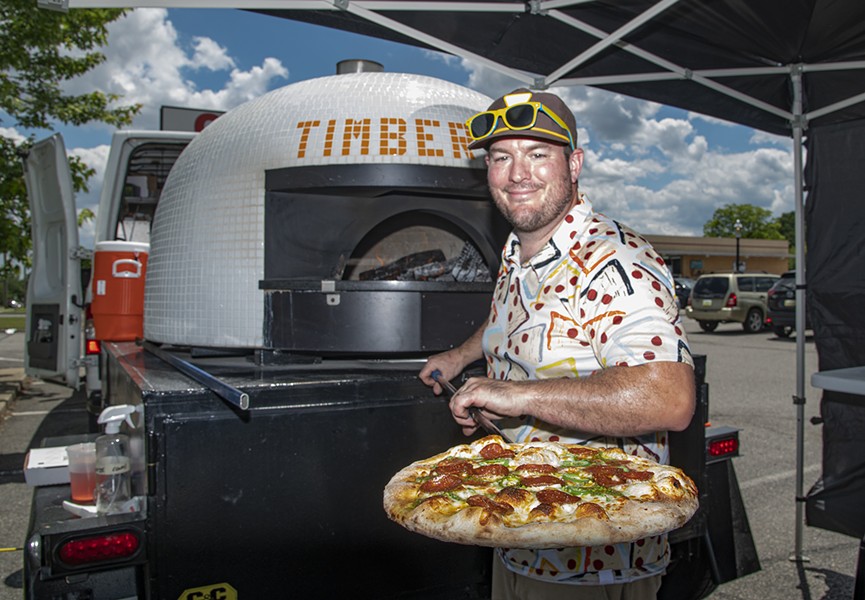 Timber Pizza Company from Washington, D.C. has landed in Richmond.

Why should you care? Because its wood-fired pizzas recently got the attention of the Michelin guide, which named the business a 2022 Bib Gourmand. The Bib is similar to the esteemed Michelin Star in that it is awarded for high quality food but differs by focusing on moderate prices and good value.

The Timber mobile pizza truck can be found slinging pizzas and good vibes at your local brewery, farmers market, or right in your neighborhood (see schedule below). The truck offers a paired down version of its restaurant menu. Pies are 10-inch so they make “a meal for one, or a snack for two,” says Kevin Church, Timber’s Richmond area director. The staples like cheese and pepperoni will always be on the menu, including vegan and gluten free options, while other pies change seasonally. 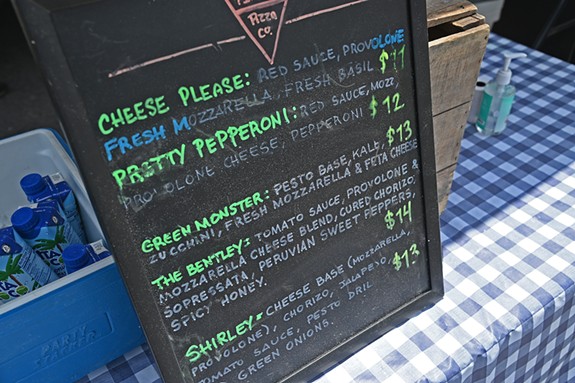 Be on the lookout for the Julia, one of the pizzas that got them on the Bib Gourmand list, CEO Luke Watson advises: “[The Julia] is really good and very beautiful, got both things that hit. It is seasonal and we will rotate it in.” It has their special provolone mozzarella blend – used on most of their pizzas – pea shoot pesto drizzle, sugar snap peas, pea shoot salad with honey lemon dressing, sesame seed, and topped with edible flowers.

On June 20, Timber will be teaming up with Garden Grove Brewery (3445 W Cary St.) to offer a five-course, beer-paired, taproom dinner ($55). “It will be a wood-fired driven and seasonal vegetable menu,” Church says. In addition to one or two pizza courses, expect a seasonal salad, perhaps some empanadas or kebabs, items commonly featured on their catering menu. Co-founders Andrew Dana and Chris Brady started Timber Pizza Co. in 2014 with a blue ‘67 Chevy pickup truck and a wood-fired pizza oven in tow. In 2016, the pair opened a brick and mortar in the Petworth neighborhood of Washington D.C. and brought on Chef Dani Moreira as co-owner and executive chef. Moreira has worked at Eleven Madison Park, once named the world’s best restaurant, so her culinary expertise includes more than just pizza. The owners “had the dream and goal of spreading the Timber community,” says Watson, who adds that the company is “excited to be a part of the [Richmond] community and very excited to grow with it.”

Timber Pizza Co. truck’s exact location in Richmond is somewhat of a mystery since the owners are in the process of updating their website. The best way to stay in the know is to check out their Instagram stories (@timberpizzaco) or if you’re like me and want to plan, message them!

Here is the current brewery schedule:

Saturday, June 11 at Starr Hill Beer Hall and Rooftop from 2 to 8 p.m.

Here is the current neighborhood schedule: