Karmalita’s confections make marshmallows the star of the show. 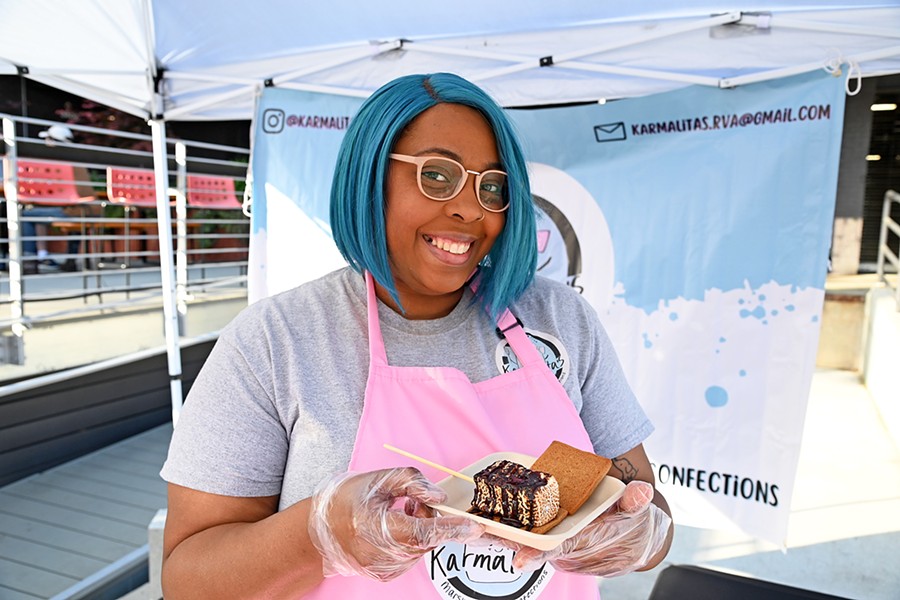 Two months ago, Andrea Johnson gave up her gig as a medical professional to dedicate herself full-time to creating an oft overlooked confectionery creation: marshmallows. As an avid baker since middle school, whipping up sweet treats was always something she loved but never believed could become a true career.

“Baking was just always a hobby I pushed far into the background,” says Johnson. “It wasn’t until my daughter started asking me when I would have my own bakery that I had that a-ha moment and wanted to show her that anything is possible.”

Growing up surrounded by Hispanic friends, Johnson learned the language and began incorporating it into her English, especially when referring to little things that she loves, by adding the diminutive suffix '-ita.' To honor her daughter for inspiring her to pursue her dessert dreams, Johnson named her business after her and chose her nickname, Karmalita, as the brand.

When she began baking on the side in 2015, Johnson started with cupcakes, cakes, and any timely trends that could teach her a new technique or skill. Quickly, she realized she hated cakes. As a Black woman baker, potential clients would often pigeonhole her into doing just those desserts most likely to be spotted at a church potluck or family cookout.

“Marshmallows are what speak to me, and since a lot of making them is science, it wasn’t too big of a shift for me coming from the medical field.” -- Andrea Johnson, owner of Karmalita's Marshmallows and Confections tweet this

One day, after Johnson made marshmallows from scratch with her daughter as a preschool project, she was instantly hooked. “It was expected of me to continue making cakes, but it wasn’t what I wanted to pursue,” she recalls. “Marshmallows are what speak to me, and since a lot of making them is science, it wasn’t too big of a shift for me coming from the medical field.”

Monetizing marshmallows only became a reality in Johnson’s mind after she made her now signature s’mores bars and brought them into work. After witnessing her colleagues practically throwing cash at her for more s’mores, her confidence began to beat out the doubts.

Today Karmalita’s sells marshmallows by the bag in a wide variety of flavors. Vanilla is a constant staple, but every month new flavors rotate into the roster. Blueberry lavender lemonade, pinot noir, carrot cake, churros, whisky, salted caramel, and rosé are just a sampling of the assortments Johnson has sold. With Mother’s Day on the horizon, Karmalita’s is preparing two tea time-themed marshmallows: Earl Grey and chocolate vanilla swirl.

Her signature s’mores bar which got Johnson into the business has been recently dethroned as top seller by the adorably dubbed floof cups. A parfait-like dessert, floof cups are composed of a baked good base such as pound cake, a brownie, or a blondie, which is then topped with layers of marshmallow fluff, toppings, and a sauce like chocolate fudge or a lemon curd. 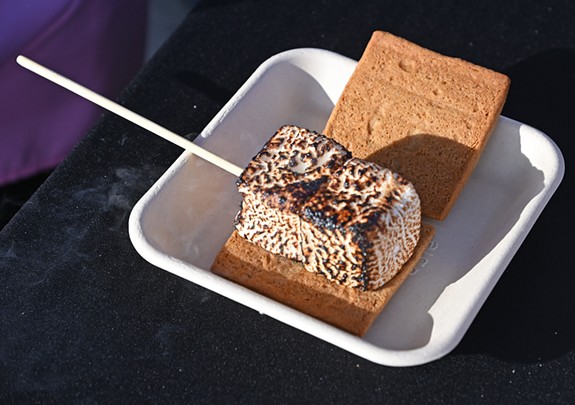 If you’d rather build your own bliss, Karmalita’s offers s’mores at all of their pop-ups. Begin with one of multiple base options ranging from house-made graham crackers to stroopwafels and oversized oreos. Each s’more includes two marshmallows, so decide if you’d rather double up on one flavor or mix and match. After that comes up to three toppings from a list that includes caramel sauce, melted chocolate, sea salt, oreo crumbs, pretzel dust, and Johnson’s favorite: AR's Hot Southern Honey.

Karmalita’s pop-up plans always appear on their Instagram, but you’re likely to come across Johnson at one of the city’s smaller farmers’ markets such as RVA Makers Market or the Safe Space Market. Always out to show that “s’mores and marshmallows go with everything,” Karmalita’s also often frequents breweries, wineries, and cideries around town including Starr Hill, the Jolene Family Winery, or Blue Bee. You can also find Karmalita’s fluff served up on cones at Ruby Scoops. 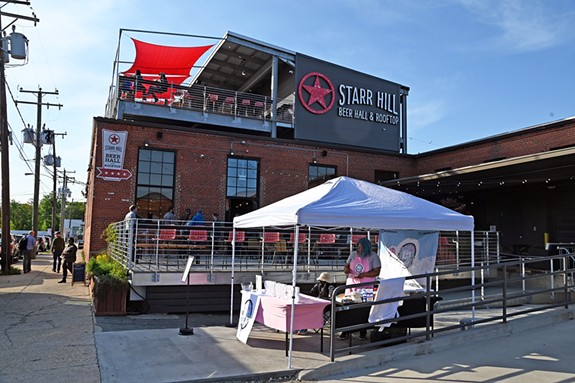 Whether Karmalita’s finds its perfect brick-and-mortar or goes back to packaging their products for supermarkets around town, Johnson is overjoyed she has been able to turn her hobby into a career.

“Marshmallows are something I've loved since I was a kid because there’s a certain joy and lightness to them,” adds Johnson. “Making marshmallows is a nod to the nostalgia of my own childhood and also a way to bring my daughter into the fold --- as she’s always loved them too.”