The owner of Southern Kitchen has opened a second establishment. 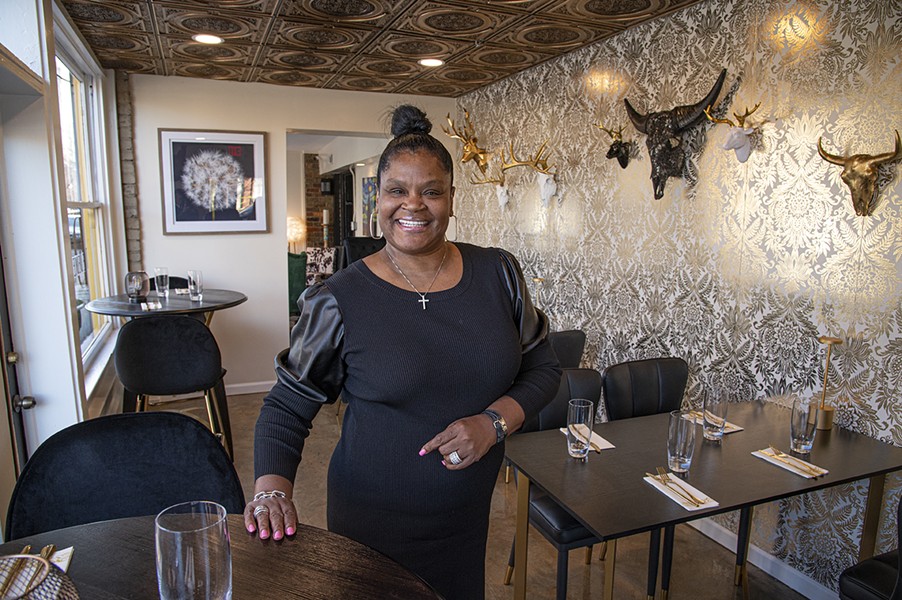 A century ago, when Jackson Ward was widely renowned as the Harlem of the South, folks looking for the finest food, the smoothest music, or the hippest place to hang out in Richmond would all head to one place: The Deuce. That legacy of Second Street (colloquially referred to as ‘Two Street’) inspired Shane Roberts-Thomas to open the popular soul food destination Southern Kitchen, and it’s also what drove her to open her second establishment in Jackson Ward — named The Deuce — just across the street.

From the highs of television appearances on Food Network’s “Chopped” and with Gordon Ramsay to the lows of the pandemic-driven downturn, Roberts-Thomas has been through a lot over the last several years. Between the struggles of trying to keep Southern Kitchen afloat and making sure her workers still received a livable wage, she never could have imagined opening a second establishment so soon. Whenever she would look across the street to the vacant storefront that now houses The Deuce she would think, “Good luck to whoever gets that.” However, the history of Jackson Ward kept calling out to her.

“I sat across from that building looking at it, and I thought, ‘Do you want to see that restaurant lose its heritage of Black capitalism? Do you want to lose the feeling of Maggie Walker?’” she recalls. “I started to say, ‘Why not me? Why not pave a way for a little girl like myself to see this brand new restaurant, be in awe of it, and maybe start a business herself one day?’”

After a year spent lovingly restoring the building to its former grandeur, Roberts-Thomas recently opened The Deuce’s doors to the public just in time for the Richmond Black Restaurant Experience. In order to make sure her two restaurants aren’t competing for customers, Roberts-Thomas has taken The Deuce in a more refined direction. From the lamb lollipops and filet mignon to the jumbo shrimp and airline chicken, the fare presents as fine dining that still feels accessible.

The Deuce’s executive chef, Antionio Henderson, understands that a great restaurant experience goes beyond just the main dishes. One appetizer Roberts-Thomas expects to be a best seller is her salmon bites — fresh salmon filets dipped in buttermilk and bread crumbs before being fried. Whereas Southern Kitchen is famous for its fries, at The Deuce folks can enjoy delicious curly fries hand-cut using an antique machine. Breaking the mold of many Southern restaurants, Roberts-Thomas also has a fair array of vegetarian options including a fresh strawberry salad, soy ginger cauliflower, and homemade empanadas with an in-house made dough.

Anyone looking to drink their dinner won’t be disappointed either. The Deuce is broken up into several rooms with the back area functioning as a fully-stocked whisky bourbon bar. Jefferson Reserve, Four Roses, Angel’s Envy, and Buffalo Trace are just a few of the top shelf brands Roberts-Thomas has acquired for her patrons’ pleasure. No matter what her guests order, Roberts-Thomas is sure dining at The Deuce will impart on them a bit of the joviality that earned Jackson Ward its fame.

“Jackson Ward used to be the place to drink, to party, and to go to the theater,” she says. “It was so full of life, and then the highway killed it. I want to bring the energy of those vibrant businesses back and offer another destination in Richmond. We have so much more to offer.”