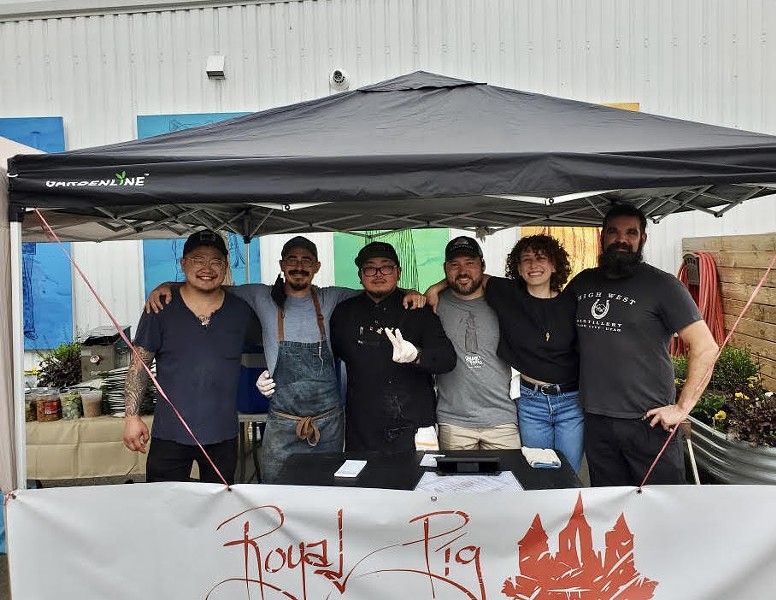 Photo courtesy of Royal Pig The Royal Pig pop-up will open a location at Hatch Food Hall later this spring.

How much do you know about Cambodia? Can you even find it on a map? This Southeast Asian country and its cuisine are often eclipsed by its more familiar neighbors Thailand and Vietnam. One local food pop-up is aiming to end Cambodia’s obscurity and bring its culture and culinary creations into the mainstream of the Richmond food scene. Thanks to co-owners Vanna Hem and Adam Stull, Richmonders no longer need their passports in order to get a taste of Cambodia at Royal Pig — the food pop-up is proud to bring a menu with “no spice levels, no mods, no frills, all flavor.”

The idea for a food concept to bring the flavors of Phnom Penh (Cambodia’s capital) to Virginia’s capital began in 2018. As is the origin story with many new food ventures around town, the two founders of Royal Pig first became good friends through the city’s food scene. Readers might recognize Hem from behind the bar at Can Can’s Brasserie or Stull from his time serving drinks when Postbellum opened.

Thanks to the duo’s knack for cooking and the Cambodian influence of Hem’s mother and grandmother, the initial transition from behind the bar to the kitchen proved relatively smooth. It only makes sense that Hem’s career would turn toward cooking up traditional Cambodian cuisine given his childhood love of his family’s fare. The entire business is somewhat in honor of his hunger: “My grandmother would always call me her royal pig,” Hem says.

Harnessing the support of friends and the restaurant community, Royal Pig premiered in August 2019 at the Cask Café. The duo’s first attempt at pop-up dining was a bit of a bumpy ride. “It was a classic, humid Richmond day and the AC broke,” recalls Hem. “We ran out of rice, so my wife ran down to Mom’s Siam to buy as much as she could get.” 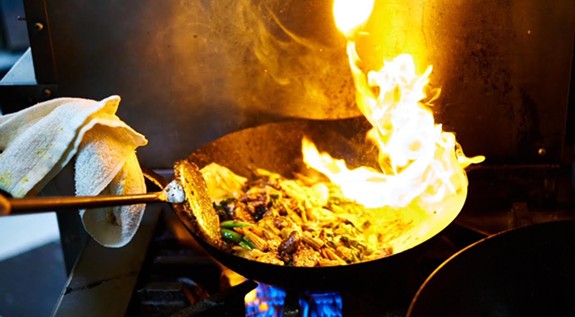 Despite the challenges, the experience left them feeling vindicated. Their first ever pop-up featured a packed house, food was flying out of the kitchen, and the demand for their Cambodian dishes had been clearly demonstrated. Over the next couple of years, Stull and Hem put together a series of pop-ups at impressive Richmond establishments including The Broken Tulip, The Jasper, Secco Wine Bar, Bingo Beer Company, and Brambly Park Winery.

The gentlemen behind the Royal Pig credit their success to the recipes and fresh flavors that helped fuel Hem’s childhood hunger. The menu leans heavily on ingredients and seasonings commonplace in Cambodia such as galangal root (a cousin of ginger), fish sauce, Kaffir limes and kroeung (a kind of curry paste).

Folks looking to start with something familiar should begin their meal with the Cambodian fried rice — a best-seller thanks to the crispy, juicy slices of char siu pork on top. Beloved by vegetarians and vegans, the papaya salad mixes slices of that under-ripe fruit with plum tomatoes, lime, cilantro, and garlic. If you want to try something you won’t find anywhere else in Richmond, go for the Cambodian charcuterie featuring house-cured pork sausage, chicken ham, pickled mustard greens, and more. For dessert, their mango sticky rice will never do you wrong.

No matter what’s on the menu at the moment, Hem and Stull want to offer the perfect balance of authentic and approachable dishes. Until their new Hatch Food Hall location opens later this spring, readers' next chance to try the duo’s Cambodian creations will be on March 7th at Live.Hot.Noodz. — a Royal Pig takeover of Black Lodge in Scott’s Addition. With no reservations or pre-orders on this pop-up, don’t be shy and get ready to royally pig out!