Celebrate the season with these drink recommendations from local experts. 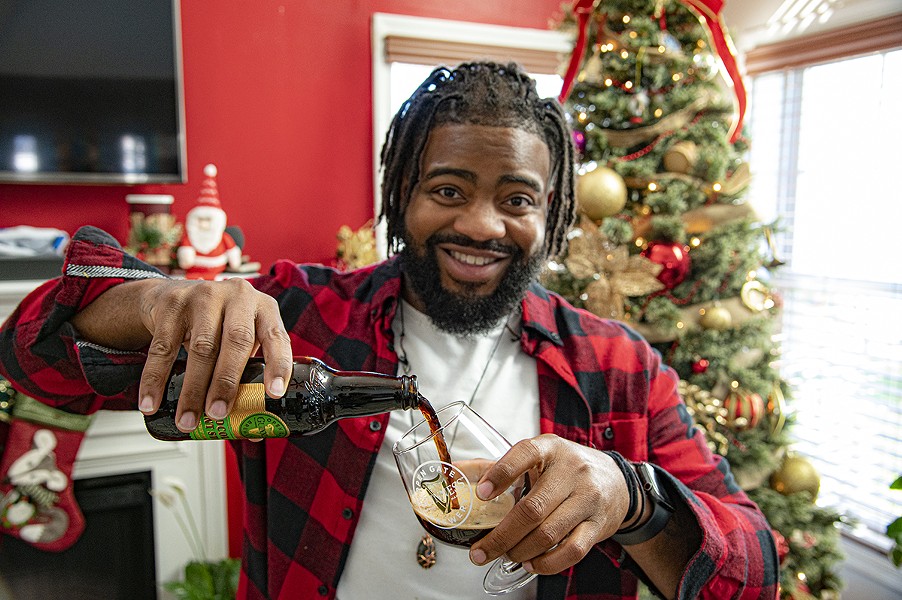 All we want for Christmas is a little one-on-one time with a hot toddy.

Or maybe a perfectly smooth, red blend made from Virginia’s finest grapes. Perhaps a generous pour of a robust Czech lager is in order, the kind that opens up with new complexities as it warms.

But we won’t feign to know what’s on everyone else’s wish list—instead, we’ve asked a few local booze experts what their go-to drinks are this time of year. Here’s what they had to say:

For the … sanguine spirits sipper

Maher’s eggnog is based on Alton Brown’s recipe and includes a dozen egg yolks, a pound of sugar and three cups of booze. While Brown’s version calls for a minimum two weeks of aging, Maher takes his process a step further and keeps his nog in the back of the fridge for 365 days.

“It’s thicker and softer and the booze has calmed down a lot, it’s delicious,” says Maher. Although you can’t get your hands on Maher’s Mason jar batches—“It’s for home consumption only”— he makes a damn fine a la minute version at Midlothian Chef’s Kitchen, available now through the end of the month.

While most bars will take a shortcut with their eggnog iterations—think Bailey’s and bourbon—Maher goes all in.

When he’s not behind the bar, the Richmond native is working on his recently launched side gig, RVA PDR (restaurant shorthand for private dining room). Maher and his team will come to your home and whip up a five course—plus amuse—Michelin-level meal. You can add on caviar, foie, whiskey, truffle, or cigar service, all Maher asks is that clients have a clean kitchen and a trash can. The PDR crew handles the rest.

“This is a chance for me to do what I actually really love to do,” says Maher. 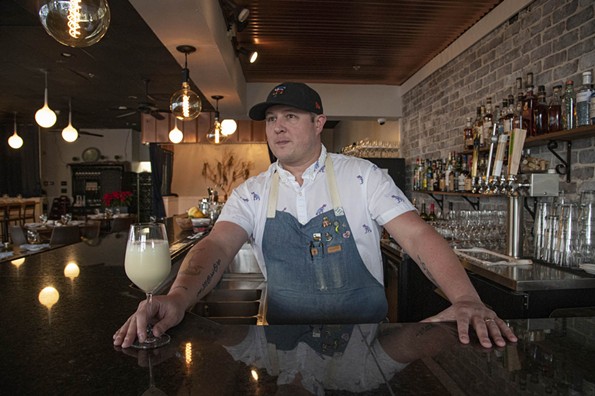 And for those chilly December evenings after a bustling bar shift or late-night PDR dinner? Other than his homemade eggnog, Maher says his “favorite thing on the planet” is a simple daiquiri. “I always have a tiki drink on my menu in the wintertime,” he says. “You should be able to have a funny looking drink with obnoxious garnishes when it’s snowing outside.”

Hot tip: you can get a Maher-made daiquiri for only $6 Wednesday-Friday from 4:30-6 p.m. at Midlothian Chef’s Kitchen.

For the … wistful wine aficionado

Common House beverage director and sommelier Erin Scala curates wine pairings for private wine cellar dinners at the social club’s new public facing raw bar and cafe, Birdie’s, and is also responsible for the bottles in the cellar and for retail in the restaurant.

The wine pro --her accolades include making Wine Enthusiast’s “40 under 40 wine professionals to watch” list and working at several Michelin-starred establishments -- says she starts thinking about holiday wine long before the temperature drops and the stockings are hung.

Scala tells us, via email, that she stocks up on a case of her favorite high quality sparkling wine, Cremant de Loire, around September. “Cremant is usually between $20-$30 a bottle, so it's fancy but doesn't break the bank. It's perfect for the holidays, and it also makes a great host gift,” says Scala.

While Old World wine is always festive, Scala urges that Virginia bottles should find a place at your holiday table, too.

Her choices include Ankida Ridge Chardonnay for “that perfect balance of dense richness and tangy acidity;” Shenandoah Valley’s Midland Construction Cabernet Frankish that is “medium-bodied, smooth, interesting—a wonderful red wine from Virginia;” and Early Mountain Eluvium, a red blend from Madison County that Scala writes is “one of my favorite Virginia reds.”

Where to find Scala’s recs:

Midland also ships their 2020 Cabernet Frankish; bottles are priced at $25.

Early Mountain’s Eluvium is available online. Order a 2019 bottle ($60) or splurge on the wax-dipped and signed 2015 magnum ($125) for a special oenophile in your life.

For the … bibulous beer drinker

Self-described beer experience curator and Capsoul Collective founder, Eric Jackson, says that in general, he’s seen a resurgence in beer drinkers craving and seeking out more traditional styles, like lagers. That means if you’ve been on the gose funk train or a hazy IPA kick, now may be a great time to ease back into the classics.

“When I think about the holidays, I think about winter, cool weather and coffee—dark roasts with powerful, robust flavors,” says Jackson.

On a national scale, Guinness comes to mind. “It’s dark, it’s creamy, it drinks very easily,” says Jackson of the only 4.2% ABV beer.

Locally, Jackson is a fan of Triple Crossing’s Czech dark lager, which also boasts a relatively low ABV at 5.2%. “Triple Crossing is probably the most consistent brewery as far as their wide array of beer styles and being consistent to the regions they’re paying homage to,” says Jackson

Jackson also likes Ardent Craft Ales’ Dark Rye, which has more of a spice-forward flavor profile than its dark lager cousin. “The dark rye drinks a little heavier -- it’s more robust than the Czech,” says Jackson. At 9.8% ABV, the imperial stout is the biggest brew on Jackson’s list.

Jackson’s final seasonal select is Vasen’s Velvet Walrus, made with Ceylon cinnamon and Mexican vanilla beans. “It’s like dessert! This is decadent, with fudge-y flavors, and something you can enjoy as it warms up (to room temperature),” says Jackson.

The certified beer server advises that one enjoy their heavy stouts—like the 9% Velvet Walrus— at a really cold point to see how the flavor changes, “It will only open up and get better, kind of like when you decant wine.”

Where to find Jackson’s recs:

Triple Crossing’s Czech dark lager is available in six packs online and on tap at the Fulton and downtown breweries.

Ardent’s Dark Rye is available on tap at the brewery and in the Ardent cooler to-go.

Vasen’s The Velvet Walrus is on tap now at the brewery; 16 oz. 4-packs are available online.

Bingo’s Black Lager is available on tap at the brewery.