This summer: a pop-up wine dinner and three-night culinary journey. 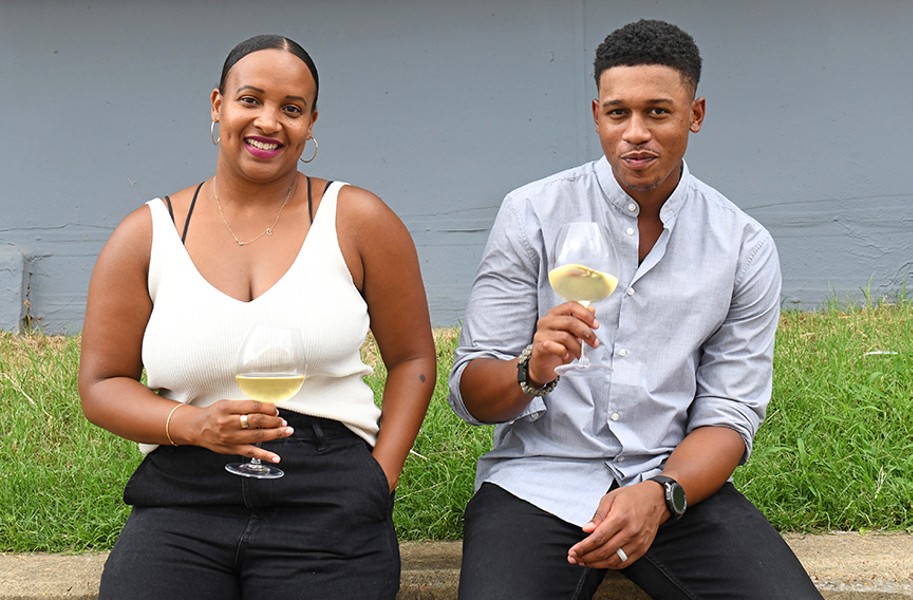 Almost 64% of Virginia’s adult population is fully vaccinated. Folks who were holed up ordering frozen pizzas from the nearest Publix for 15 months are ready to dust off their palates and re-enter Richmond’s still-vibrant culinary scene.

Since spring 2021, makers, bakers and mixologists have been slowly introducing and re-introducing themselves to the city – from popular pasta residencies to roving Big Island pop-ups, there is no shortage of food and drink related happenings to satisfy even the choosiest gourmand.

Here, we’ve highlighted two upcoming ticketed events that highlight some of the top talent the city has to offer. Check them out and grab your ticket before they’re gone.

“I tasted Manny’s food before I ever met him,” says RichWine co-founder Lance Lemon. “And it just slapped, it’s so good.”

Private chef Emmanuel “Manny” Baiden of Manny Eats is a self-proclaimed wine lover, too, so when he was first introduced to Lemon and Gardner, he knew the three were destined to team up some day.

The first event highlighting Baiden’s cuisine and RichWine’s good stuff will take place Friday, July 23, at Canvas Studios. “I miss, from living in New York, the bottomless brunch, the all-you-can-eat food and drink,” Gardner says of the inspiration for Bottomless Tapas & Wine.

For two hours, guests will be able to mingle with the chef and wine pros, enjoying four to five of Baiden’s passed apps alongside RichWine pours – plus an epic charcuterie board.

“It’s a fun balance, we always get to play off each other,” Lemon says. “Manny has the skill to pair food to wine, so it’s really a good time.”

The three have been conducting some intensive R&D in advance of the event, so guests are sure to sample highly curated pairings they hope will leave them wanting more.

“We will be looking to do more events like this,” Gardner says. “We are definitely saving to get a brick-and-mortar space, so a lot of these events are geared toward pushing us in that direction.”

Indie Chefs Community founder Grover Smith has been working to create a more- inclusive and equitable chef community for years.

Indie Chefs Week, the original iteration of the community, was started in 2013 in Austin, Texas, as a “kind of antithesis to the sort of food festivals where chefs don’t get taken care of,” Smith says. “The whole idea was to get a lot of people together that deserved a platform and didn’t get the spotlight.”

Since founding ICC in 2017, Smith and a tight-knit, fun-loving crew of chefs hailing from San Francisco to Washington have been popping up in cities – 14 so far – for multinight, culinary throwdowns.

The chefs who participate in these dinners are all uber-talented and often under-appreciated, Smith says. To receive entry into the group, chefs must follow a “strict code of conduct.” “Success is predicated on the group dynamic – one bad egg can ruin two dozen,” Smith says.

The first two nights will feature 12 chefs and the grand finale will bring all 24 toques together to whip up an improvised menu based on what they learned about Richmond over the past 72 hours.

Anderson has been participating in Indie Chefs Week dinners since 2016. “I’ve made some of my best friends,” she says. “The amount of knowledge [chefs get] during Indie Chefs week is incredible – we didn’t go to business school. We get to network with other chefs, learn better techniques.”

All chefs who participate in the events have their travel, accommodations and fees paid for, plus the chefs are treated to a culinary tour of the city they’re visiting. “The focus is not on the guest, but the chef experience,” Smith says.

While not necessarily a public-relations-friendly mantra, this mission ultimately benefits all involved. “You can always taste the environment in food,” Smith says. “That attitude is reflected in these dinners. It’s like being at a dinner party with really talented people who do this for a living and who are having a really great time.”

Indie Chefs Reunion 2021 tickets are available online. Tickets for Aug. 5 cost $215. Tickets for Aug. 6 cost $235 for general admission and $285 for VIP. Tickets for the grand finale on Aug. 8 cost $245. All three dinners include 12 courses and take place at Brenner Pass at 3200 Rockbridge St., No. 100. Keep an eye out for menu updates by following the event’s ticket page and on Instagram @indiechefscommunity.