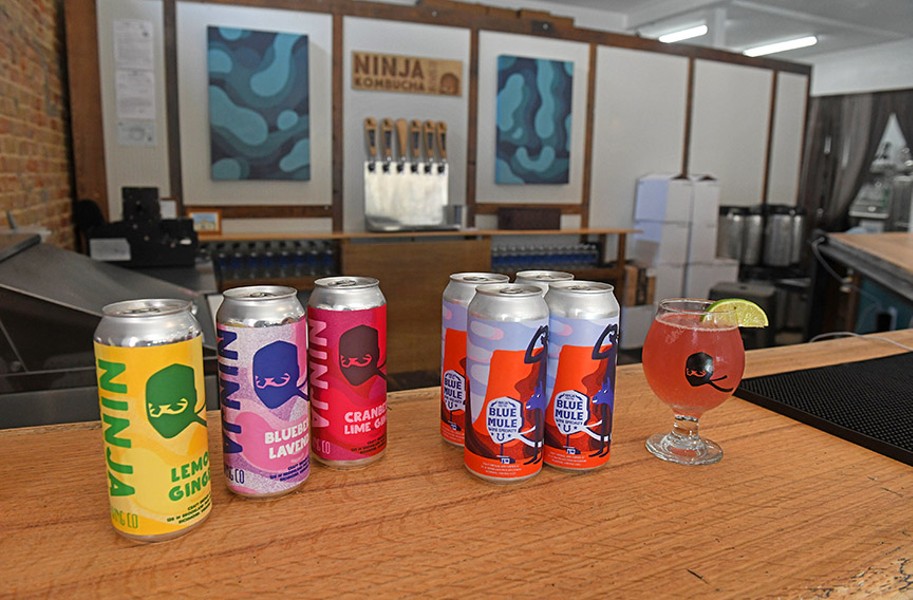 One expects to see a moscow mule on the menu of a cocktail bar, but on tap at a kombucha brewery? Such imbibable innovations are not just new to the Brookland Park Boulevard location that Ninja Kombucha calls home, locally-brewed hard kombucha is a first for Richmond. After tough times during the pandemic, Ninja’s taproom is ready to fill local flavor palettes with new fermented favorites.

The irony of eventually moving into alcoholic varieties after beginning his brewing business during a break from drinking is not lost on Brett Nobile, the founder, co-owner, and head brewer at Ninja Kombucha.

“When we started producing alcoholic flavors we had to ask if it’s in alignment with the mission of our company,” says Nobile. “Our business motive is to try and give people a healthy alternative to beer and wine when they enjoy a craft beverage with friends. We’re hoping to get more people into drinking kombucha from trying a hard kombucha, but if you’re already going to be drinking, then why not something with health benefits alongside the alcohol?”

Until the official nutritional label testing results come back, the exact health advantages of Ninja’s new boozy Blue Mule variety will remain in the eye of the beholder. Thanks to the concoction’s ginger and blueberry kombucha base, he can guarantee plenty of acetic acid, living cultures, and 6% alcohol by volume.

The new line of potent potables coming out of Ninja Kombucha over the next few months demonstrates how far the brand has come since its humble beginnings in Nobile’s house in 2015. For three years the business operated out of the Createspace Collective on nearby Wickham Avenue. Eventually Ninja’s success forced Nobile to move his operations to a larger location last November. The pandemic quickly closed their brand new taproom, giving the team more time to figure out how to best use the space.

“There’s nothing like us that exists in Richmond, so there’s no kombucha taproom model for us to follow,” Nobile says. “The taproom is going to be an awesome space where we can host events and classes, but we’ll just be hashing it out and seeing what resonates with people.” 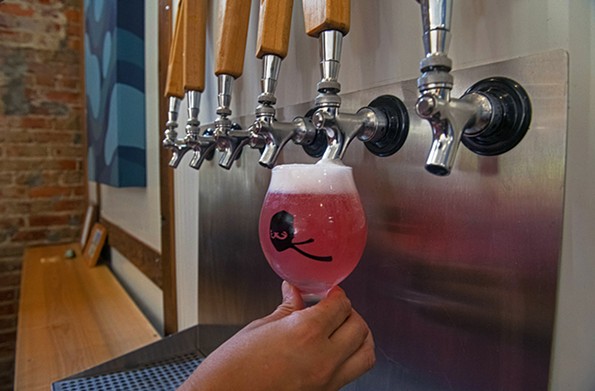 Among the potential offerings could be a class on fermenting tomatoes, teaching people how to infuse herbs into their food, and maybe even a course on cooking with cannabis if the commonwealth’s new marijuana laws will allow it. Ninja’s many years spent at farmers’ markets led them to want to highlight other great local businesses with some new fermented food options like a tempeh reuben sandwich and kimchi quesadillas made with Wild Earth products.

Even as new food options roll out via an array of pop-up events over the coming months, the star of the show will remain Ninja’s many creative kombuchas such as blood orange and ginger, blackberry hibiscus, and blueberry lavender. Nobile aims to keep a small list of tried-and-true favorites on tap while still leaving room for experimentation. Moving into the fall, visitors to Ninja’s taproom can expect a boozy apple variety as well as a hops-forward kombucha with a pop of citrus like orange or tangerine.

Technically the new boozy kombuchas are a wine beverage fermented from fruit with an extra kick from spirits made by local distillery Trial & Error in the Fan. The relatively high level of alcohol means that those interested in trying the new varieties must either tipple on them in Ninja’s taproom or pick up some cans to go. Whichever way customers choose to imbibe Nobile’s kombucha, the flavors, the process, and even the cultures at the heart of the product’s fermentation haven’t changed. 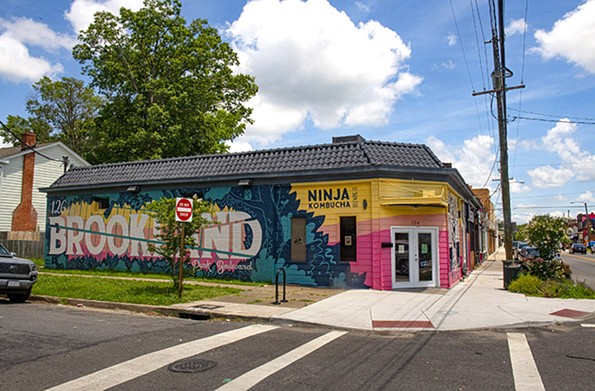 “I’ve been brewing with the same cultures from 2015,” Nobile says. “It’s kind of insane that the stuff that started in my house is still propagating and producing really good quality kombucha.”