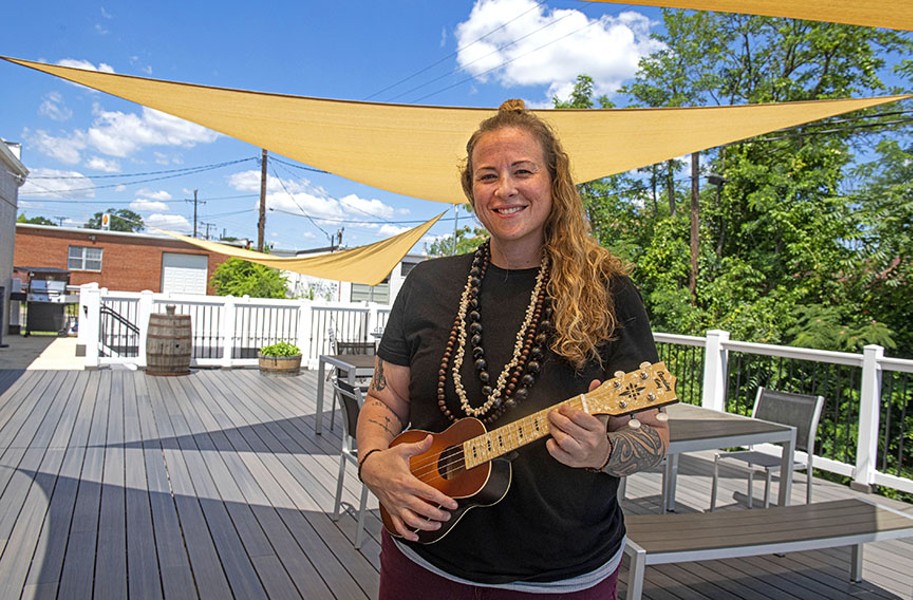 Lauren LeVine has been conducting Hawaiian street food R&D in her kitchen for years, though her Aloha Catering Co. Instagram didn’t launch until spring 2019. “I think some of the first pictures are just of grilled pineapple in my backyard,” she laughs.

Working in sales by day, LeVine spends her off hours re-creating the sweet, salty dishes she loved as a child growing up on the Big Island. Her first two official Aloha Catering Co. pop-ups took place this April and May at Instabowl. Both sold out.

“There are so many great cooks and chefs here opening their doors to people,” says LeVine, who refers to Instabowl’s Mike Ledesma as both a friend and mentor. “This is such a great city to be a pop-up because so many restaurants will say ‘come in and use our space,’ like Hatch Kitchen and the Jasper and Tabol.”

Aloha’s third pop-up takes place Saturday, June 26, from noon to 5 p.m. at Tabol Brewing. This will be LeVine’s first event at a brewery and her first time operating without the guidance of Ledesma. “There’s something super-exciting and challenging about stepping out from Mike’s wing,” LeVine says.

Her Tabol pop-up will feature entrees including smoked kalua pork with guava barbecue, fried chicken katsu, Big Island hot dogs and vegan teriyaki portobello mushroom burgers. All sandwiches, served on Back Alley Bakes Hawaiian rolls, come with Furikake french fries and aioli for $16, and a la carte grilled pineapple skewers and guava juice will be available for $4. Pre-orders can be placed online.

Tabol Brewing has an onsite food truck that any pop-up is able to use, which is yet another example, LeVine says, of how thoughtful and savvy the RVA food scene is.

“The owner, Travis [Dise], invested in a food truck for anybody who needed a commercial cooking space – what other breweries have that? It’s perfect for people like me who don’t want to buy their own commercial equipment,” LeVine says.

As for the Hawaiian street food pop-up schedule for the rest of 2021, LeVine says that Aloha will be “kind of exclusive throughout the year,” with a smattering of public events. Aloha also caters private affairs, which offers LeVine the flexibility to really amp up the luau experience and connect with her guests one-on-one.

LeVine plans to visit Hawaii in the next six months to immerse herself, once again, in the colorful island cuisine she first fell in love with as a 6-year-old girl.

“When you think of Hawaiian street food you have the proteins like beef, chicken and pork, then you have fish and shrimp and lots of fresh fruit,” LeVine says. “This is the food I love, and every time people come to my house this is what I serve them.”

Keep up to date with Aloha happenings by following it on Instagram @alohacateringco.