Soft-shell crabs are starting to appear on Richmond menus. 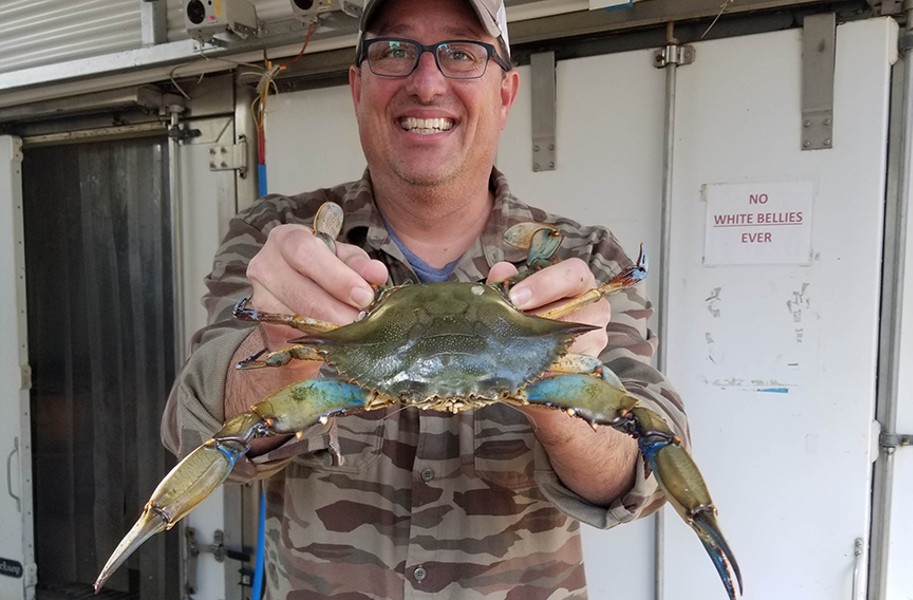 Soft-shell crab season typically doesn’t kick off in Virginia until May 1, but Richmond restaurants started featuring softie specials as early as April 10 this year.

“Ever since I can remember, it’s like a religious event,” says Bruce Edmonds of Hampton Roads-based wholesale seafood processor and distributor Sam Rust Seafood.

“I don’t think soft-shell popularity will ever go away,” says the third-generation seafood supplier. “From ospreys and eagles, to rockfish and me and you, everyone eats crabs.”

Sam Rust, family-owned and operated since 1938, doesn’t wait around for the Chesapeake to warm up when ordering softies, though they use the Bay and James River as primary resources when they can.

While Mother Nature sorts herself out in the mid-Atlantic, Sam Rust sources directly from the already mild waters of North and South Carolina – the soft-shell over creamy grits you enjoyed a couple of weeks ago probably grew up a couple of states south.

In this sweet spot of mercurial spring weather, the competition for sourcing peelers, as they’re called, is hot, and Edmonds makes it his business to source and sell as many crabs as possible to retailers from the Outer Banks to Virginia Beach to Richmond.

“I’ve met trucks at 2 or 3 in the morning before they go to a larger market, like New York City,” Edmonds says. Everyone pays a pretty penny for this seasonal delicacy, from the wholesaler to the restaurants to the customers. But with softie sales down 75% last year during the pandemic, Edmonds says they’re excited to have large orders this season.

“This year seems to be pretty strong,” Edmonds says of the number of softies available.

Once crabbers bring in their highly sought-after catch, they’ll often keep them in shedding houses. These soft-shell havens house tanks that circulate seawater at a certain temperature with lights on 24/7 to trick the crabs into thinking it’s daytime. “The families who do this together, it’s quite a process, they won’t sleep for two months, rotating in and out,” Edmonds says.

With late April temperatures dipping into the 40s and 50s, Edmonds says the crabs have gone into hiding for a bit: The cold water stuns them and prevents them from shedding. Warmer days are ahead, though – keep an eye out for more soft-shell specials hitting menus in the coming weeks at restaurants like Perch, Red Salt, Soul Taco, Lillie Pearl, Latitude Seafood and Black Lodge.