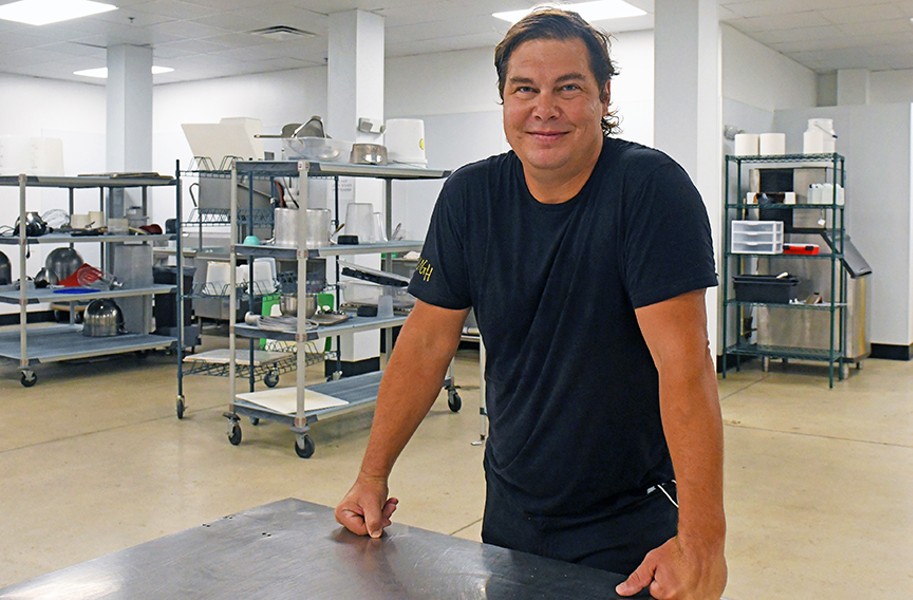 Jim Hamilton is a practiced sojourner, the kind of chef who is happy to commit to a monthslong, on-the-road-again gig, sating the peculiar cravings of the very rich and very famous.

“Phish was pretty easy, we just cooked for the band instead of the whole crew,” Hamilton says.

There haven’t been rock ’n’ roll late night feasts of late, though, due to the pandemic. Hamilton had one final, lavish hurrah – “we did a festival in Mexico in February, which was nice” – and then hung up his traveling toque. Since then he’s turned his culinary attention to an endeavor he’s long wanted to pursue: creating delicious, healthy-ish frozen meals.

Founded this spring, Sous Casa is currently operating out of Hatch Kitchen, cranking out thousands of burritos, bowls and enchiladas weekly, with vegan, vegetarian and gluten-free options ranging from mojo pork and jerk chicken to vegan za’atar.

When Hamilton first launched Sous Casa, he was donating one burrito for every burrito purchased. To date, more than 4,000 burritos have been donated to local church food pantries, the Boys and Girls Club of Richmond and Partnership for Families. With an uptick in orders, Hamilton says while it’s continuing its altruistic efforts, it isn’t able to produce a one-to-one purchase and donation ratio.

Folks appear to love the idea of convenient, homemade meals that are ready in three to five minutes. And can be delivered straight to your door.

On a weekday afternoon, half a dozen chefs are preparing enchiladas in Sous Casa’s designated Hatch space.

“We can hold about 3,000 units so we’re just trying to keep that up, we will be at about 2,000 today,” Hamilton says. The chef, who has nearly two decades of experience working at legendary spots like Millie’s and Kuba Kuba, credits Richmond advertising agency Familiar Creatures with the sleek Sous Casa branding – even the individual burrito packets boast a special design.

“I’m a chef chef,” Hamilton laughs. “I don’t know all the paperwork and logistic stuff.” He’s figuring it out quickly, though, and is more than capable of producing at a high volume. “I was the head chef at Lollapalooza and Austin City Limits, that’s like 2,000 meals at once.”

Orders for your next easy midweek meal can be placed online, and deliveries are made to “pretty much the entire Richmond area” on Mondays, Wednesdays and Fridays. Your frozen burrito is made approximately 48 hours before it lands at your door, which, Hamilton notes, is a helluva lot better than say, national brand burritos which could very well survive an apocalypse.