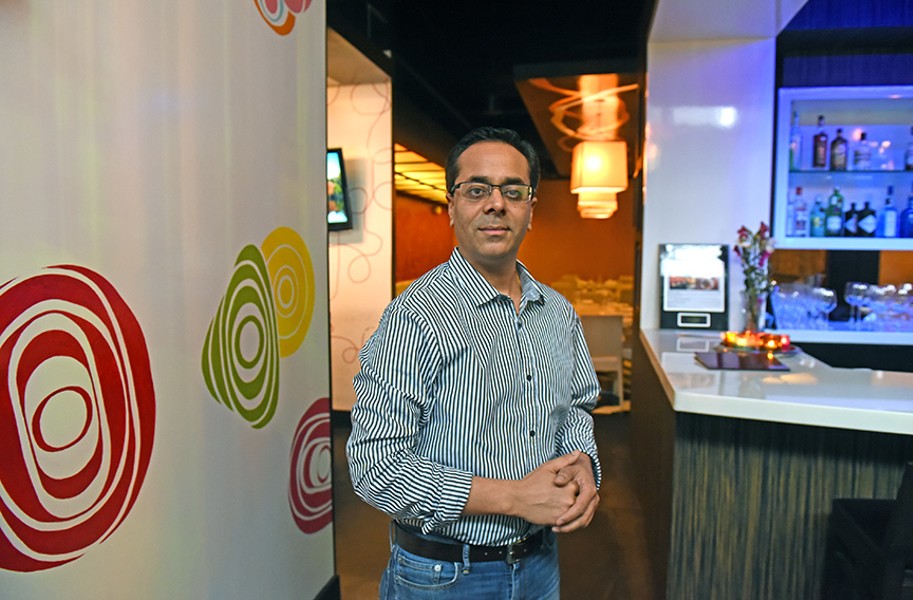 Scott Elmquist/File Sunny Baweja, chef and owner of Lehja, was nominated for a James Beard award for best chef, mid-Atlantic.

It’s that time of year when the annual James Beard Award nominations honoring the best chefs, restaurants and food journalists are announced. For the fourth year, brother and sister bakers Evin and Evrim Dogu of Church Hill’s Sub Rosa Bakery got a semifinalist nomination for outstanding baker. After being recognized for the first time last year, Sunny Baweja joins Washington chefs Amy Brandwein of Centrolina and Jon Sybert of Tail Up Goat with a nomination for best chef, mid-Atlantic. As of April, Baweja will celebrate 10 years as chef and owner of Lehja, considered one of the finest Indian restaurants in the country, not just Virginia. Fans of Sub Rosa and Lehja will have to be patient, though, because the finalists aren’t announced until March 25 at 9 a.m., with the awards gala slated for May.

Eat Restaurant Partners, never one to pass up an opportunity to expand its empire, have scooped up the building that used to house Aloi. The group that brought Richmond Fat Dragon, Boulevard Burger and Brews, Wong Gonzalez, Foo Dog and eight others is looking to improve Scott’s Addition’s sushi game with Lucky AF, an Asian fusion restaurant. Eat’s president, Chris Tsui, has said that the group has been wanting to do sushi in Scott’s Addition for years now but hadn’t found just the right spot. Like the group’s other holdings, you can expect Lucky AF to offer a casual, late night vibe. Look for a late spring or early summer opening.

Farther east, Union Hill is getting a new eatery, Kahlos Taqueria & Bar, located on the ground floor of the 23rd Street Triangle building and due to open by the end of the month. Kahlos comes to Richmond courtesy of a Charlottesville family that owned restaurants there. Iliana White and her husband Brandon will manage and build out the space, her sister will tend bar and her mother, Morena Arevalo, will take on chef duties, making tortillas in-house daily. Just don’t expect an Americanized take on Mexican decor with sombreros and serapes. White is going for a more modern, industrial vibe inspired by Kahlo’s hometown of Coyoacan, Mexico. The good news for Richmond’s patio-obsessed is that Kahlos will have a 700-square-foot outdoor space that will allow it to seat around 70 people between the dining room and patio.

You’re very Richmond if … you have fond memories of eating at the Dairy Bar long before most of the city’s residents had any clue where Scott’s Addition was. After 23 years, Dairy Bar owners Bill and Patricia Webb were ready to retire and sold the venerable building where countless breakfasts, lunches and ice cream sundaes have been enjoyed since 1946. Buying the business is someone who should know a little about running it: longtime employee Corey Martin, who isn’t looking to shake things up radically. Under consideration is an expansion of the menu and maybe, just maybe, adding dinner hours somewhere down the road. But for now, Richmond can rest assured that the best milkshakes in town aren’t going anywhere because neither is the Dairy Bar.