Nonprofit expands internship to include bakery that employs young adults with disabilities. 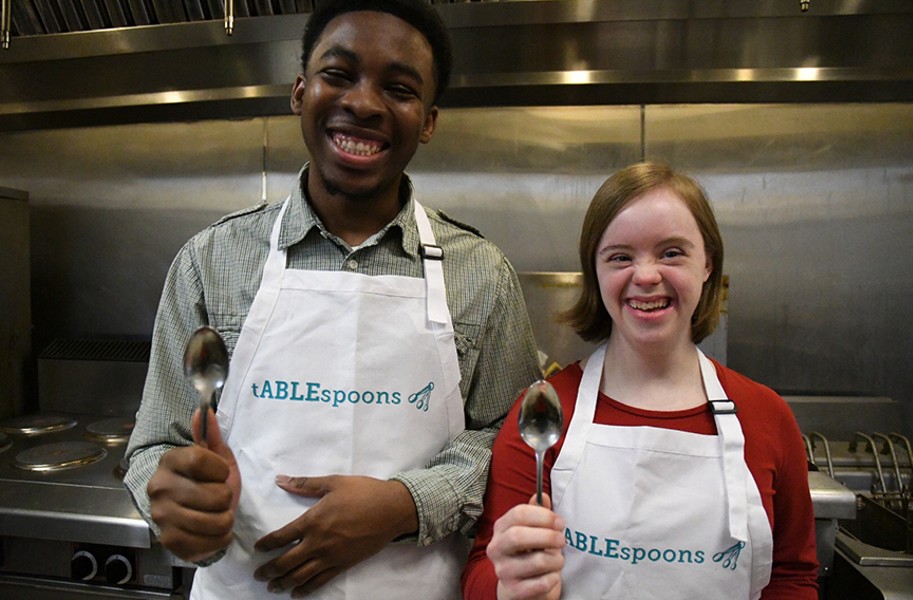 Justin Feaster and Shelly Lantz have their tablespoons ready.

Steps away from United Methodist Church’s “DIFFERENCES MAKE THE WORLD BEATUIFUL” sign, Elizabeth Redford sips intermittently on her Blue Ridge Kombucha. Her eyes crinkle before waving toward a James Madison University flag hanging above the residence next door.

“This is going to be the house!” she says of the space in Westover Hills.

Opening in fall 2020, Tablespoons Bakery will train and employ young adults with disabilities through the Next Move Program, an education-focused nonprofit — of which Redford is executive director — that creates internships for individuals with disabilities. Interns would come in as part of their school day and focus on skills like basic recipes, health and nutrition, measurements, and kitchen safety.

With a curriculum that’s gotten approval from Virginia’s Department of Education, the program also includes workplace development, corporate values and financial literacy. The hope is to ultimately employ interns or make referrals out to other restaurants for opportunities.

In Virginia, there’s a 70% unemployment rate for people with disabilities. Redford attributes this to how graduating with modified high school diplomas can in many cases make them ineligible to go on to two-year or four-year colleges.

“It’s not just having a place to go every day nine-to-five,” Redford says. “There’s a huge sense of empowerment. … It gives them a sense of security for their future.”

Prior to having this space, students sold baked goods at the South of the James Farmers Market, where they’d sell out their oatmeal cream pies and unicorn cookies each week. To keep up with demand, they had to scale back appearances to once a month, but the relationships between the students and customers remain intact.

“They get especially excited when they connect with the customer and they see that customers enjoy their oatmeal cream pie,” she says, “It makes our students so proud because they’re part of every aspect of this.”

The interns do the inventory, packaging, baking and even help with social media posts. When thinking of the impact the program had on individuals, Redford frequently thinks back to stories like Cheyenne’s.

When she joined Tablespoons in 2017, Cheyenne couldn’t consistently identify coins and bills. But after regular practice at the farmers market, counting out change and doing it onsite at a catering job, she did it.

Looking forward, Redford is excited to transform the former house and potentially repurpose old church pews for seating. But she says nothing was better than to hear the students feel proud to have a space that’s theirs to learn, work and celebrate their friends.

“We got to tell our students that we thought we had a space here at the church and the amount of happy tears and cheering and high-fives and hugs,” Redford says. “One student literally shouted ‘We have a space now! We have a space now!’”

The next fundraising event will be a celebrity bake-off Oct. 27 from 1-4 p.m. at Westover Hills United Methodist Church. Tickets can be purchased at thegreatrvabakeoff.eventbrite.com.