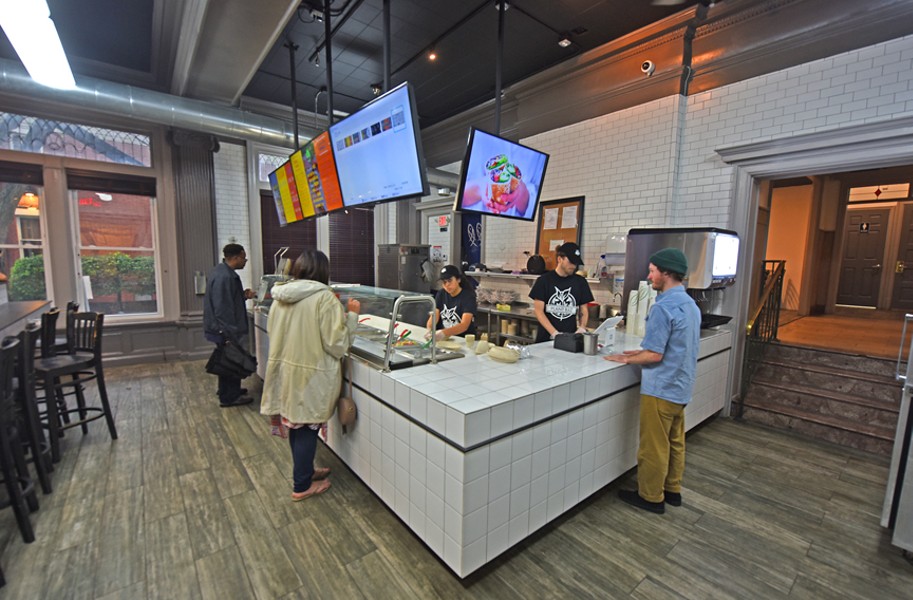 Being vegan in Richmond continues to get easier. On Saturday, April 20, Plant Baz made its debut on West Franklin Street, serving up an entirely meat- and dairy-free menu of burritos, tacos, bowls and salads.

"It's a place where people can come and eat good food without worrying about the environment or animals," says owner Jason Jackson, who's been vegan for about two years.
Like a lot of people who choose plant-based diets, Jackson found himself answering a lot of questions when he transitioned to veganism. The lifestyle is becoming increasingly popular, but he says there are still a lot of misconceptions about being vegan.

Also the owner of the nearby NuVegan Richmond, a fast-casual franchise based in Washington, Jackson wants to make plant-based dining more accessible to everyone. He says he's seen "a good mix" of pescaterians and carnivores among the vegetarians and vegans at his restaurants, and he meets a lot of folks who are interested in eliminating meat and dairy from their diets. His advice for those who are curious?

"Give it a try, at least," he says. "Go to a place where there are some good options for you and give it a try."

The menu at Plant Baz will look familiar to anyone who's frequented a burrito bar: Pick your base, pick your protein and pick your toppings. Meat alternatives include soy- and wheat-based steak, soy fish and shrimp, pulled pork and pulled chicken both made with shredded jackfruit, and vegetables. The menu is also entirely nut-free, so the nondairy cheese, queso and sour cream are friendly to people with nut allergies. The usual suspects like guacamole, lime rice, black beans and salsas are available as toppings, along with chickpeas. Sides include chips, fruit, churros and Mexican cake, and fruit popsicles are available for dessert.

Jackson says he eats everything on the menu, but his go-to is a burrito with chickpeas, brown rice, pico de gallo, corn salsa, guacamole and sour cream.