Nate's Bagels will soon serve up a collaboration with the Veil. 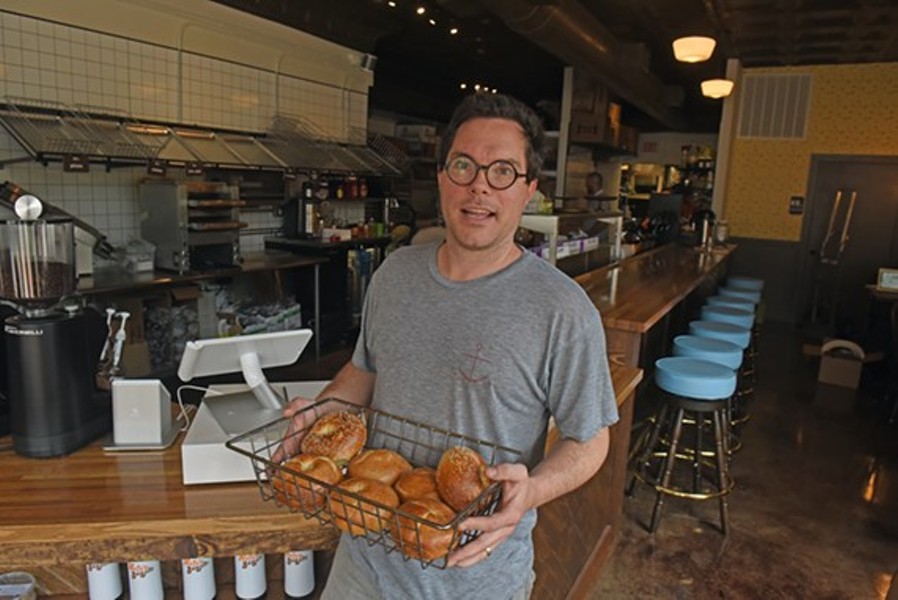 "Posted without comment," reads the caption, with a "sshh" emoji.

This week, in a move that’s so Richmond it almost hurts, Nate’s Bagels announced that it will soon serve a seasonal bagel in collaboration with the Veil. That’s right, folks — Nate’s is making a beer bagel.

According to a press release, the Veil Stout Bagel incorporates the brewery’s vanilla cocoa nib hornswoggler, a chocolate milk stout with Tahitian vanilla and Videri chocolate cocoa nibs. For the next month, the bagels will be available every Friday, Saturday and Sunday. Grab one as-is for $3, or have it sliced and add an Oreo chocolate stout cream cheese for $4. Supplies are limited to two per customer in the shop, or you can pre-order up to 12 at a time with at least 48 hours’ notice.

It’s a poetic full circle, the team at Nate’s dragging kegs from the Veil into its kitchen for a special project — when the bagel shop was still a pop-up back in 2017, the Veil invited owner Nate Mathews to set up a tent at its Sunday farmers market.