This weekend's beer and cider releases. 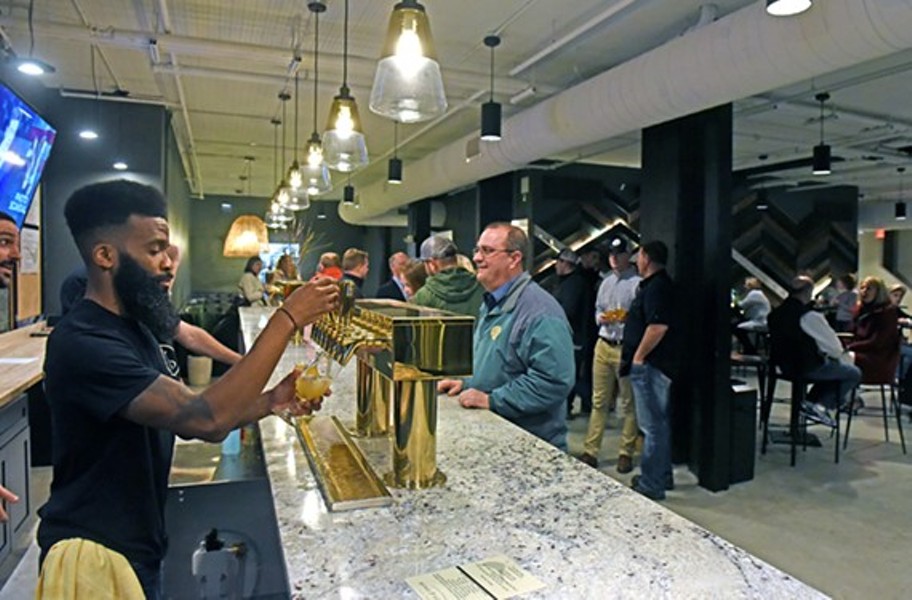 Scott Elmquist Canon and Draw Brewing Co. will release its River City Tap Water in cans this weekend.
Nary a weekend goes by without the release of a new beer or cider, and how is a person supposed to keep track of it all? So for those of you who can’t resist a new brew, here’s a rundown of what’s hitting the taps and the shelves over the next few days.

Summer is finally coming to an end (though who’d believe it, with these scorching temps), and Three Notch’d is waving it off with a dark, sweet stout brewed with mint leaves, lactose and cacao nibs.

At 4 percent ABV, this Bavarian-style Hefeweizen has a “light biscuity flavor” and notes of banana. It’s available in 16-ounce cans.

Available in cans and on tap in the tasting room, this cider was made with maple wood spirals, vanilla beans, cinnamon and maple syrup.

There’s no wrong time of year for an IPA, and Castleburg has a new one on tap. Described as citrusy with tropical fruit and melon flavor, it’s hopped with two different hops and comes in at 6.3 percent ABV.

Just in time for Labor Day, the classic American lager at Canon and Draw will be available in 16-ounce cans on Friday. It’s a crisp, easy drinkin’ beer brewed with Citra dry hops.

It’s never too early for pumpkin, and Hardywood is one of the first to release a fall-inspired beer this year. Brewed with Virginia sugar pumpkins, brown sugar, cinnamon, nutmeg, clove, allspice and ginger, this Belgian farmhouse-style ale is all things fall in a pint class.