Hop Over to Hardywood West Creek

New Goochland brewery is open for business, plus other food & drink news 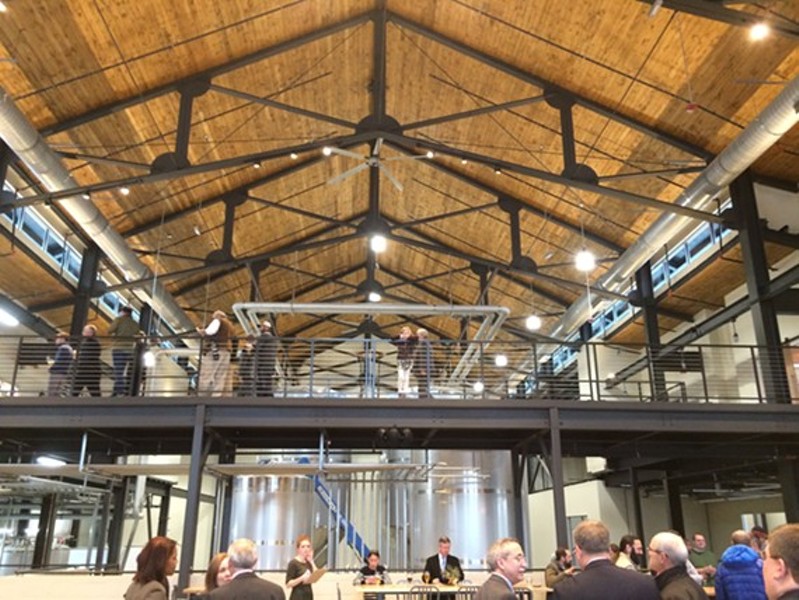 Annie Tobey The expansive new Hardywood West Creek in Goochland is spacious, yet warm and inviting.

We love our urban breweries just as much as the next Fan dweller or Scott’s Addition resident. But for a completely different beer-drinking experience, Hardywood West Creek has quietly opened its doors for limited hours in the days leading to its grand opening weekend.

The new craft brewery sits on 24 acres overlooking Tuckahoe Creek, and the spacious interior features three service bars, each with 20 taps. In the ground-level taproom you’ll find shuffleboard and arcade games, plus a stage for live shows, and the 2,000 square-foot patio has a fire pit and courts for bocce ball. For the nonbeer drinkers, it’ll also have Snowing in Space coffee and kombucha Blue Ridge Bucha available.

Check out the Facebook event for details and hours, and mark your calendars for the grand opening on Friday, April 6.

To market, to market

If we’re judging by this week’s weather, winter may finally be behind us. And in a city that thrives on all things local, that means one thing: It’s farmers market season. Last week, the Carytown Farmers Market announced that it will move from its original location in the Wells Fargo parking lot to City Stadium, about half a mile away. The Sunday market featured about 15 vendors during the 2017 season, and organizers say they expect 25 to 30 this year.

The Cask Cafe already has a lot going for it: an ever-rotating selection of beer, roll-up windows that make the bar area feel more like a patio during warm weather, grilled cheese sandwiches and an overall atmosphere of a classic neighborhood joint. Add pizza into the mix and you couldn’t ask for much more in a bar.

Starting this week, the team at Cask will serve up margherita and pepperoni pizzas from Billy Pies (you may have had its pizzas at Triple Crossing Brewing Co.). According to owner David Garrett, the pizzas will arrive premade, and the café will cook them to order in a small electric pizza oven “that mimics a wood-fired one.” If you live nearby and weren’t already a regular, you will be now.

We already knew that Blanchard’s Coffee Roasting Company roasts and distributes some of the best coffee around, so the folks over at Food & Wine Magazine didn’t tell us anything we didn’t already know. Congrats, guys, on being named the best coffee in Virginia!