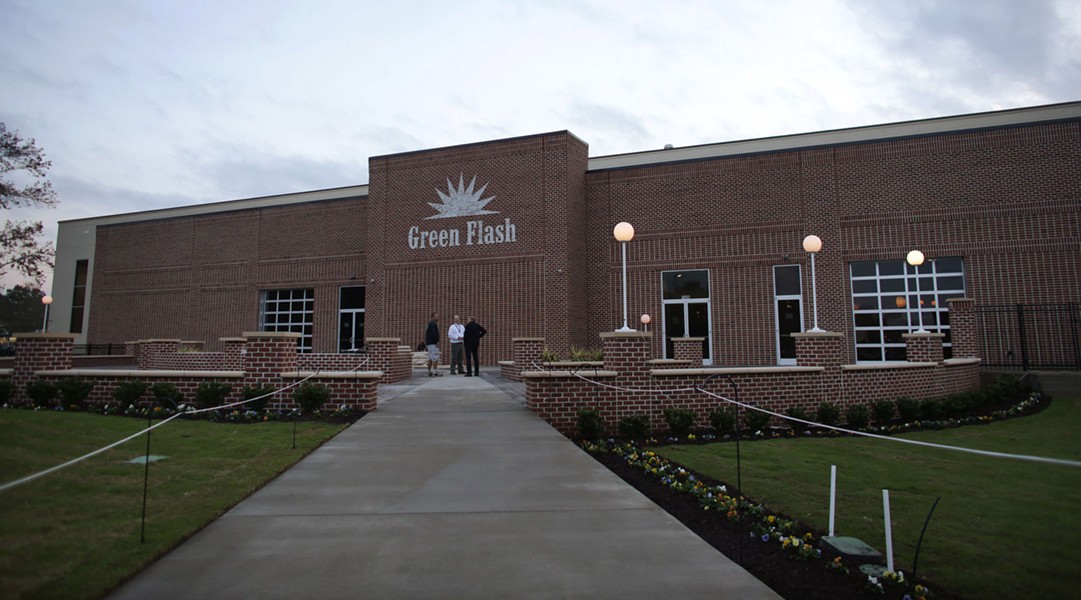 All of the parts of the brewery, including the brewing equipment, bottling line, kegging line and other parts, are being sold.

“To be clear, this is NOT an auction or liquidation of the equipment. This an offering for the complete, turnkey operation only. We are seeking offers from parties interested to acquire everything from the site in a turnkey purchase, take over the lease, etc.,” wrote Nick Dove, the executive vice president of Heritage Global Partners, in an email.

The sale comes two months after Green Flash laid off 15 percent of its employees and scaled back distribution to 18 states, from 50.

The San Diego-based craft brewer opened a 58,000-square-foot brewery and taproom in November 2016 off General Booth Boulevard. It had plans to put out 100,000 barrels each year. All the Green Flash beer sent east of the Mississippi River comes out of the Virginia Beach brewery.

Six of the 45 employees at the Virginia Beach taproom and 33 out of 220 nationally were losing their jobs as the company scaled back, Hinkley told The Pilot in January. He expected the amount of beer made to go down by about a third.

On Saturday morning, the brewery and tasting room was set to open as usual. Employees in the tasting room said they had not been told to do otherwise.