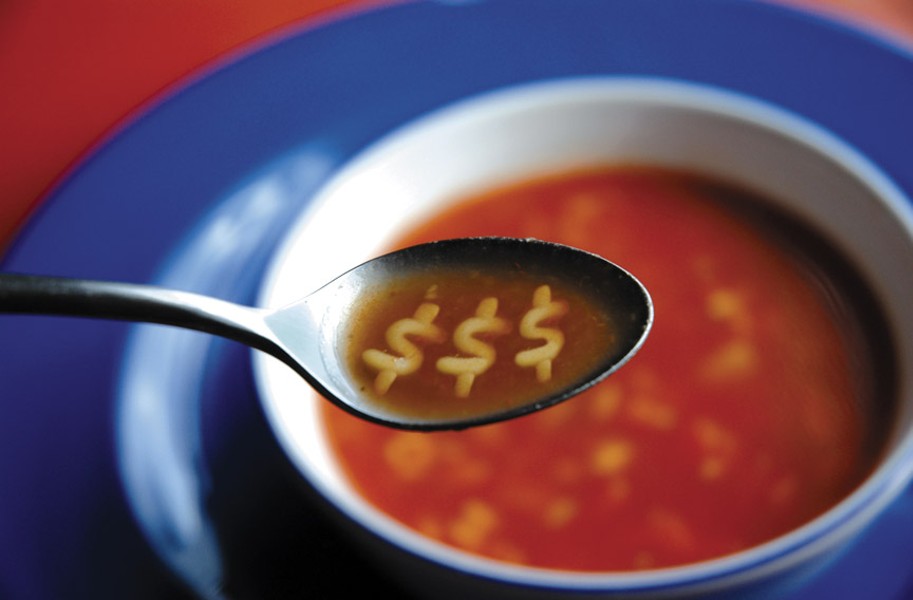 "I obviously can't speak for every single restaurant owner in the city," says Rueger Restaurant Group's director of operations, Frank Brunetto. "But I have not met one person that is for it. Everyone I've talked to has been against it."

The current meals tax — which was raised to 6 percent in 2003 to pay for CenterStage—combined with the state and city's 5.3 percent sales tax means restaurant diners pay a taxes of 11.3 percent. The tax increase would bring that rate to 12.8 percent. According to the news release, the tax would generate more than $9 million in additional revenue, which Stoney says would be used to fund Richmond Public School facilities.

It released the menu last week, and the team at Little Nickel has finally opened the doors. It's difficult to nail down a precise theme that encompasses the selection (Chinese-meets-Mediterranean-meets-Tiki-bar?), but here's a smattering of what it's serving up: Filipino-style egg rolls, octopus tostada, cheddar-apple griddle cake, lamb cheese steak, Hawaiian pork bowl and cauliflower la plancha. For now the 4702 Forest Hill Ave. spot is only open for lunch, Mondays-Fridays, but dinner service begins Friday, Feb. 9.

The original Carytown Burgers & Fries has been told its lease will end June 30, after which the Richmond Shopping Center owners will redevelop the property. Last week, a petition went up at change.org, asking for signatures in support of saving the nearly 20-year-old restaurant.

"We cannot allow multimillion dollar national corporations to push out beloved, homegrown RVA businesses like ours," says the petition. "This goes against the very core of what makes Carytown so unique and eclectic."

As of Monday morning, the petition had more than 10,000 signatures.