Virginia's Next Governor Shows His Support for Local Beer 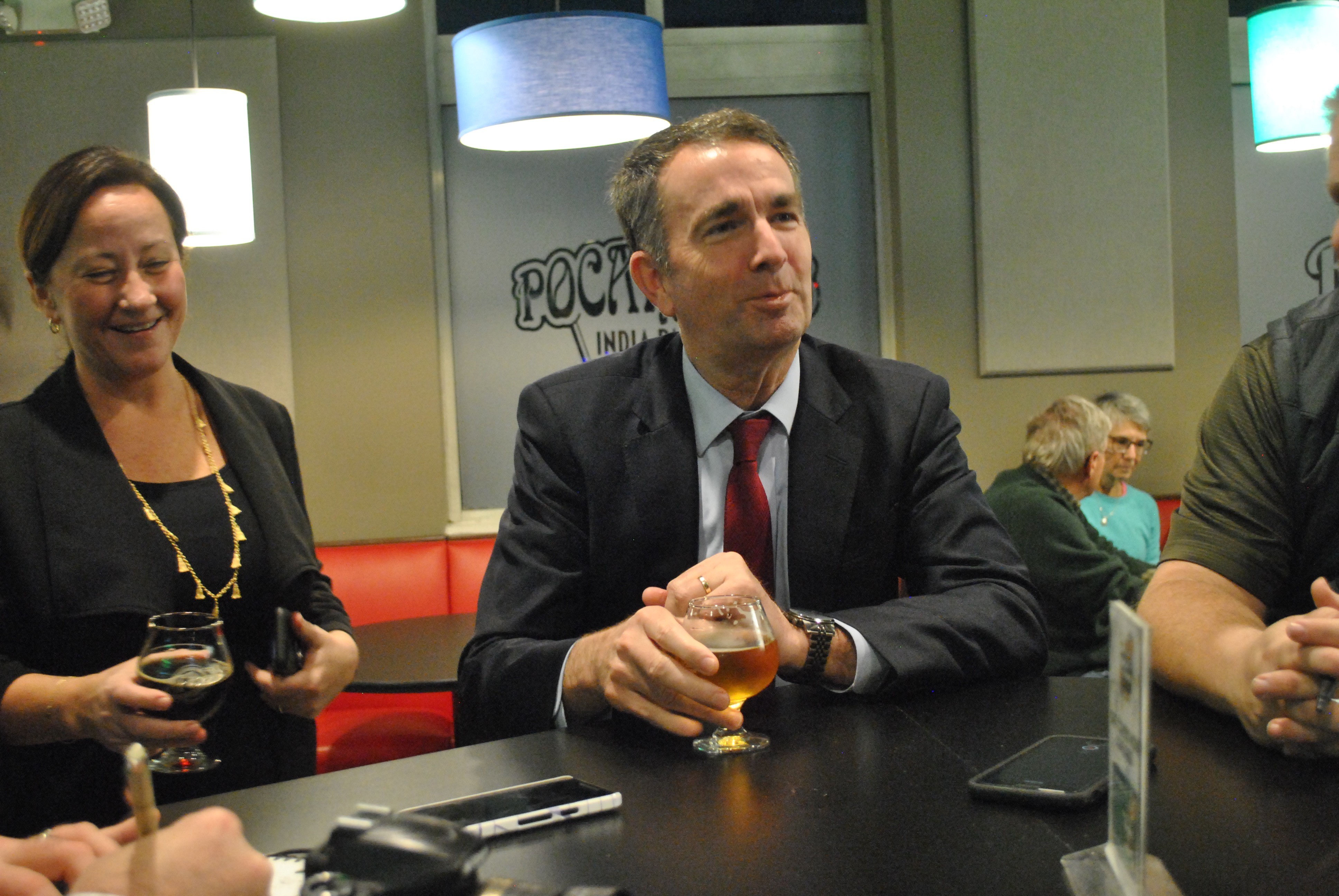 Although Gov. Terry McAuliffe was quick to quip about his Irish heritage as an excuse for his support of Virginia craft beer, he also recognized the industry’s ability to support the Commonwealth’s economy. If Virginia brewery supporters worry that a change in administration will dampen the support, Governor-elect Ralph Northam seems poised to alleviate any concerns. He has agreed to let Center of the Universe Brewing, Ashland, brew an all-Virginia ale in honor of his inauguration.

“It is small businesses like the Center of the Universe Brewing Company that exemplify our new Virginia economy—which is why I was so excited when they offered to brew InaugurALE for my upcoming inauguration,” said Governor-elect Ralph Northam in a press release announcing the beer.

Appropriately, InaugurALE beer is created with all Virginia-grown ingredients. The grain was grown in the Northern Neck and malted at Copper Fox Distillery’s malting house; the hops were grown at Lewis Ginter Botanical Garden; the yeast was harvested at Agriberry Farm and cultivated by Randolph-Macon College biology professor Dr. Grace Lim-Fong and her students; and the water, of course, comes straight from the source at Center of the Universe in Ashland.

For Northam’s InaugurALE, COTU is creating a blonde ale with a grain bill and fruity yeast flavors reminiscent of a Belgian-style beer, light in body and with a moderate ABV of 5 percent.

On brew day, Dec. 18, the governor-elect paid a visit to COTU to check on the beer’s production. While there, he met with COTU co-owners Chris Ray and Phil Ray and with Prof. Lim-Fong.

“We are thrilled and honored to create a beer for Governor-elect Northam’s inauguration,” said Chris Ray. “We hope to show the synergy between the Virginia craft beer manufacturers and our Virginia agricultural partners. We are excited to have an incoming governor who will continue to promote small business growth in our sector and beyond.” “Our inauguration will be a celebration of a unified and diverse Virginia that works together and lifts each other up, and we are fortunate enough to have great small businesses right here in the Commonwealth like the Center of the Universe Brewing Company that lead by example,” Northam added. “I hope Virginians are looking forward to sharing a 100 percent born-and-bred Virginia beer with one another as much as I am during the inaugural weekend."

InaugurALE will primarily be available throughout the inaugural weekend in Richmond, and will also be served in a limited quantity at COTU.

As if to assuage beer supporters who worry about losing a governor who has been so vocal in his support of the industry, Northam celebrated Virginia beer on Twitter. About the InaugurAle, @RalphNortham tweeted: “Can’t think of a better way to inaugurate the kegerator @TerryMcAuliffe’s generously leaving behind.”

Cheers to four more years of support for #VABeer!