A New Restaurant for Scott's Addition 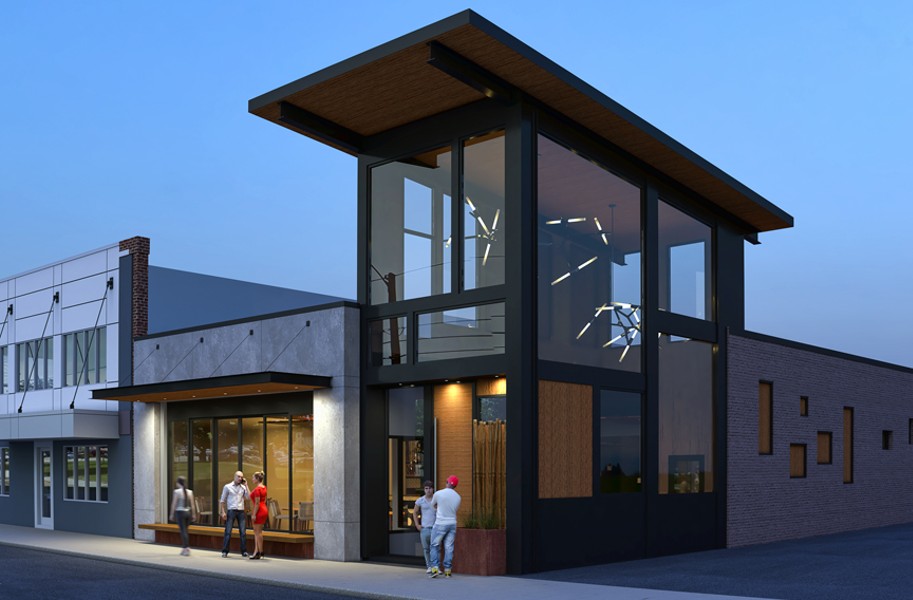 Architectural rendering of Perch by Johannas Design Group. The interior will be designed by Helen Reed Design.
Mike Ledesma has been behind the stove in some of your favorite restaurants: Patina Restaurant and Bar, most of the Richmond Restaurant Group places, such as Pearl Raw Bar and East Cost Provisions, where he eventually became executive chef, and finally, Kabana Rooftop. He’s now poised to open his own place, Perch, in Scott’s Addition at 2918 W. Broad St., the longtime home of the now-closed Joy Garden, in February.

Perch will offer a mash-up of Southern comfort food and pan-Pacific cuisine. A wood-fired oven is planned for the kitchen, plus a patio, a lounge, two private dining spaces and chef’s table, in addition to the main dining room. The six-seat chef’s table will face the kitchen, and Ledesema will offer a prix-fixe tasting menu there. “It’s a space where I can play with flavor profiles and see reactions to new menu items while guests are a part of the action,” Ledesema said in a news release.

“We really want to be a destination for the neighborhood and complement what’s already happening in Scott’s Addition,” he said.