The Butterbean Market & Cafe is Coming to Hull Street. 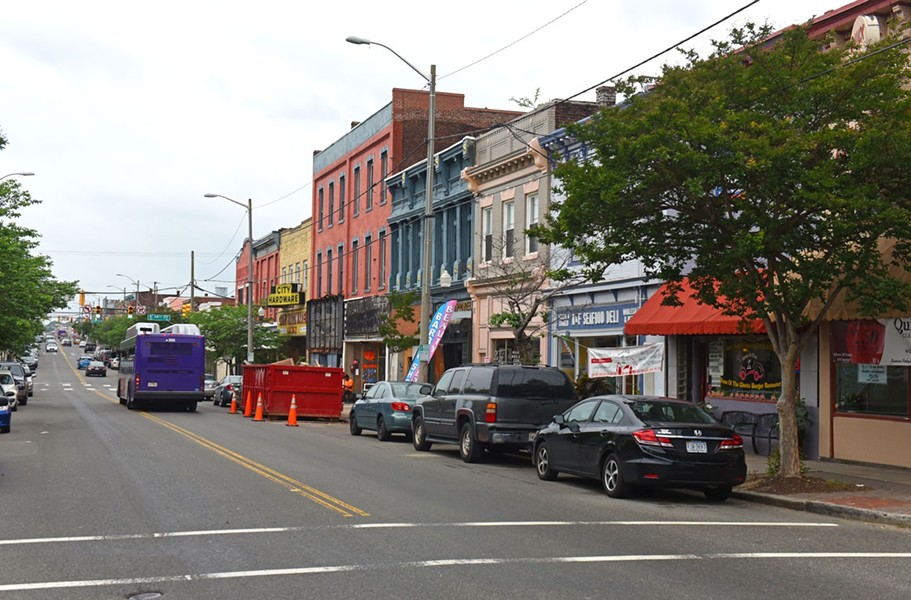 Scott Elmquist Is Hull Street about to become the city's next hot spot?
It’s time to feed the masses in Manchester. The neighborhood is teeming with hundreds of new apartments and condos, but there’s hardly anywhere to eat and there’s nowhere to shop for groceries unless you start up the car and drive 10 to 15 minutes.

Michael and Laura Hild want to change that. Not with a grocery store, not with a full-service restaurant, but with a spot that’s a smaller first step: The Butterbean Market & Cafe at 1204 Hull St. will open at the beginning of next year.

The Hilds’ name may be familiar to you — the two started Anderson’s Neck Oysters in 2010. Now, however, “we have a whole stable of ideas,” Michael Hild says, and they’ve formed Church Hill Ventures to execute them. The couple's first projects are planned for Manchester along Hull Street.

“We’re not developers — at all,” he says, “but we saw the cool bones of the [Hull Street] business corridor — and we saw an area that’s really just a sea of apartments centered in the industrial [section] with just a couple of cool places to eat.”

They first asked themselves what the neighborhood needed, he says. They then considered the most logical way to start. A market and cafe seemed like it would both fill a need, while also being “a less risky option than a destination dining concept.”

The building once housed Urban Beat Entertainment, run by Alexander Randolph, aka Mr. Wiggles, aka Dickie Diamond, aka August Moon. He was an R&B singer, music producer and still is a political activist. And his music lives on — hip-hop artists often sample the work of the artist known for inventing the “fatback style,” the backbone of much soul and funk.

The couple brought Dan Scherotter, former owner of San Franciso’s Palio d’Asti, on as culinary director. He’ll help with the Butterbean and later projects that Hild isn’t ready to talk about yet. “He’s got more experience in his little finger than I do in my whole body,” says Hild.

The cafe will offer coffee, sandwiches, salads and to-go items á la Church Hill's Union Market, and although the market won’t be full-blown “by any stretch of the imagination,” he says, it’ll stock fresh produce and other necessities. The idea is to provide healthy food so that the Butter Bean's neighbors don’t have to jump in a car to go get them.

“We’ll judge ourselves at the end of the day whether this whole thing is successful not by whether our businesses are successful, but whether people want to move into the corridor because it just makes sense,” Hild says. “We hope we can build the foundation and others will come.”