Grab your BFF and settle in. 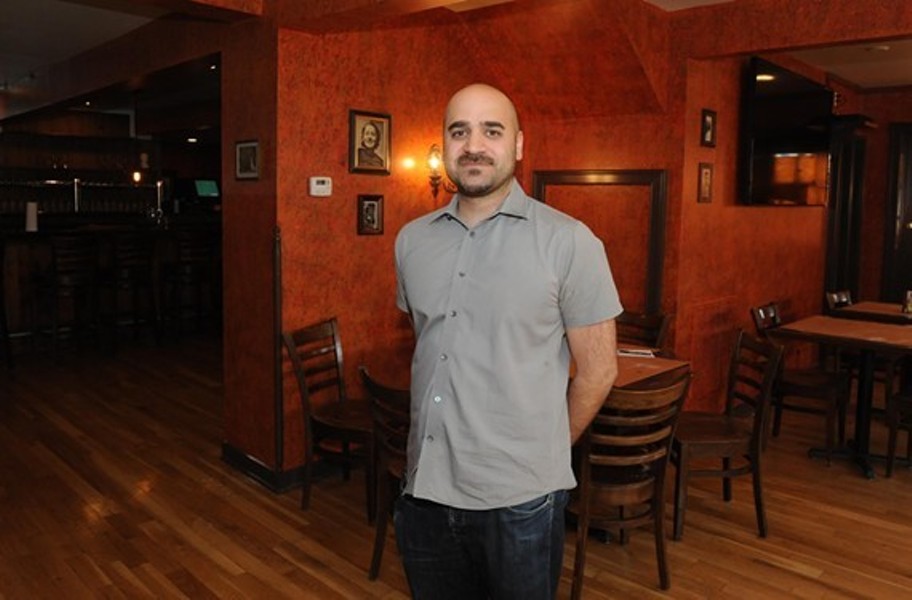 Think of it as a really long pop-up.

The latest concept to hit Richmond is 11 Months, in the old Curry Craft space at 2915 W. Cary St. in Carytown, courtesy of Hamooda Shami, owner of the New York Deli and Don’t Look Back.

This is how it works: There’s a big clock on the wall counting towards 11 months from the opening date, May 17. Originally, that would have been the deadline for the restaurant: Shami was going to close it and then, with the help of Campfire & Co., change the theme, menu and design and reopen a month later. Then he’d repeat the process. That idea has been modified.

“[One] major shift we've made is to make eleven months the maximum time frame,” says Shami. “This will allow us a ton of flexibility on the style of pop-ups we can use in the space, with some lending themselves to shorter time frames.”

The restaurant’s inaugural theme is Best Friends Forever, he says. You’ll see picnic tables and lots of camp- and friendship-related décor. “My favorite element is one small area we've set aside as our ‘friend wall’ where some regulars are getting their photo taken and hung up for the duration of the pop-up,” says Shami.

You’ll see some familiar faces at 11 Months. Nate Gutierrez, co-owner of Don’t Look Back and Shami’s partner in the venture, is at the helm of the kitchen with Justin Croppe. “[They’re] really enjoying the creative freedom the pop-up model provides,” says Shami.

And it’s an eclectic mix of dishes.

You’ll find chicken escabeche with arugula, red potatoes and roasted peppers with a quote from Marlene Dietrich: “It’s the friends that you can call up at 4 a.m. that matter.” Then there’s the grilled steak with artichoke potato hash and asparagus. An Emily Dickinson quote succinctly punctuates that dish: “My friends are my estate.” Or would you like to try the spicy tuna salad sandwich with capers, jalapeño and a soft boiled egg? After all, “Friends will help you move, real friends will help you move a body,” says novelist Steven J. Daniels.

Former Don’t Look Back Bar Manager Amanda Davis doubles down on the theme with cocktails such as the Buddy System made with Bulleit bourbon, strawberries, basil and rhubarb syrup and the B.F.F.E. — a fragrant concoction of rose-infused vodka, soda water, lemon juice and rose buds.

Originally, Shami was going to launch the same concept at the same time in Charlottesville. “After some thought,” he says, “I realized trying to do this in two locations would be lunacy.”