Triple Crossing Brewing Co. to Open in Fulton on Friday 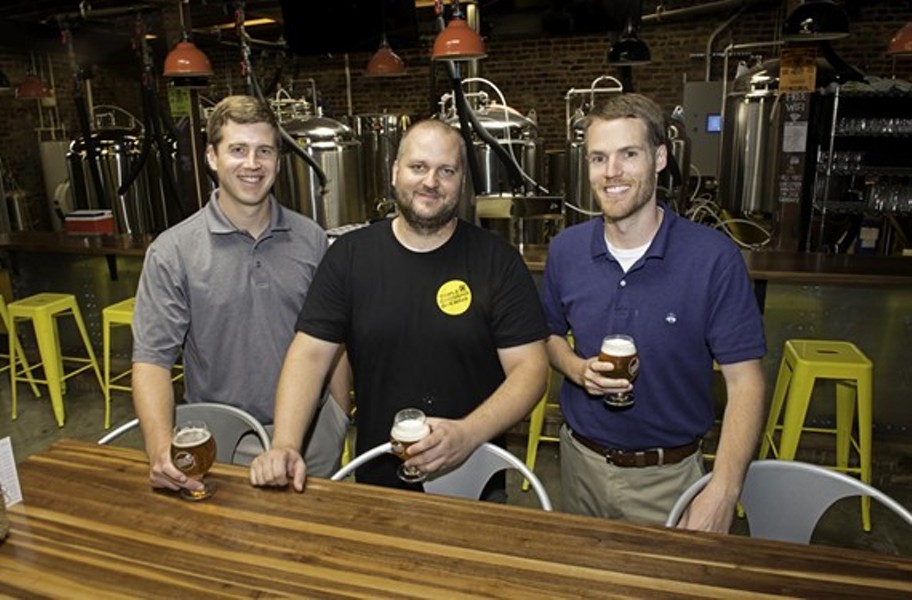 “We’ve been working on the space since February,” co-owner Adam Worcester says, “and we are more than ready to let people in the doors to check it out.”

The light-strung interior was designed with Kathy Corbet, and you’ll find two communal tables spray-painted by local artist Matt Betts, and a mural by Mickael Broth, aka The Nightowl. Small Axe Forge acid-stained the tabletops and Foggy London Towne designed the signs.

Instead of a tasting room, expect a brewpub with -- surprise! -- Pizza from Billy Fallen of Billy Bread fame. Fallen’s pies will be thin-crusted, Neapolitan-style pizza baked, Worcester says, in roughly 90 seconds in a 1,200-degree oven. “These pies are designed and meant to be consumed in one sitting without weighing you down,” he says.

The brewing capacity has almost tripled in size, so you should see Triple Crossing’s beers in more restaurants, and with plans for bimonthly can releases, you’ll see them on store shelves, too. And in case you were worried, the original Triple Crossing tasting room at 113 S. Foushee St. will stay put.

When asked if a second phase is in the works, Worcester says, “Considering that this place almost killed us, we have no plans for future expansion at this time.”

And if you’re curious about what might be on tap this Friday, here’s what to expect: